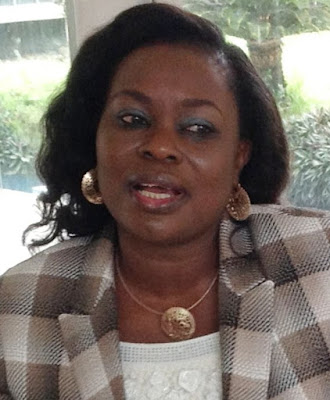 Sept 2, 2016 – The Endangered State Of Marriage In Nigeria Today – An Article By Funke Egbemode

Times have changed. The marriage institution has become an endangered one. Yes, even in Nigeria. More women are going into it with their eyes on the exit, unlike in the past when wives clung on to their marriages even with guns pointed to their heads.

Today’s wives don’t pay a lot of premium on their vows. Of course, with all our mothers did to make their marriages work, their men still did their best to discourage them. When emotionally-battered women refuse to pack up their marriages but decide to stay with her ‘property’, the men insist the ‘property’ is ‘something else’.

Mischievous old crooks. But I make bold to say most marriages are still intact today because the wives are using all the ‘super glues’ and ‘araldite’ they can find to hold the homes together. So many men are too fun-loving to even notice when their wives are hurting. What’s worse, they don’t think their wives should or can leave them.

The cheek of it all. But we stick it, so they dish out more rubbish. I remember my friend, Yetunde, telling me her auntie’s story while we were still in the university. It was, still is, for me, the story of the ultimate sacrifice of a woman who’d do anything to keep her marriage together.

Baby boy- Family is when that your tap is flowingIt made a huge impression on me, which is why I can still remember it 30 years later. According to Yetunde, her auntie’s husband was a mean but rich son-of-a-bitch.

He kept more girlfriends than INEC’s many political parties. He flaunted them and had little or no respect for his wife. He was a wife-beater in addition to all his many sins. Everybody in Yetunde’s family wanted her auntie to leave her bully of a husband.

They were sure one day he’d beat her to death or one of his many girlfriends would poison her. Not our long-suffering auntie. She was not abandoning her ‘property’. In fact, all those advising her to leave her husband were witches from the pit of hell.

So, everybody let her be but didn’t stop praying for her. Sometime in the early 80s, Yetunde’s auntie got pregnant and the doctor confirmed that she was expecting a set of twins. She was so happy, so so happy.

Then one evening, her husband came home late. He had had more beer than his brain could handle.They started arguing and before you could say ‘hey’, the argument became a big row.

He slapped her and when she tried to stop him from going back to where he was coming from, he forced the door of the living room open, hitting his heavily pregnant wife with the heavy wooden door. She screamed and slumped to the floor. He continued on to his car, drove off.

Yetunde’s auntie woke up in a pool of her own blood. There were no mobile phones, remember. Kind neighbours rushed her to the hospital. A timely surgery saved her life, but not those of the twins she was expecting eight weeks from then.

She was heartbroken. Her parents threatened to have her husband arrested and charged with assault and attempted murder. The whole family was sure auntie would finally leave her husband. How wrong they were. They got to the hospital one morning and found that auntie had been discharged and she had followed her husband back home.

Her mother wept. Her father ‘disowned’ her. Her siblings wept. But auntie was back with her husband.

She simply put the loss of her twins behind her and went back to watch over her property. Do you see a 25-year-old bride doing what auntie did? I didn’t know how much ‘things have changed’ until two weeks ago when I had a heart-to-heart talk with this young friend of mine.

We do this heart-to-heart meeting once in a while and the restriction of movement during the monthly sanitation exercise gave us the opportunity to talk. We watched a movie where a wife found out her husband had irreversible low sperm count.

She didn’t abandon him and the marriage seemed happy until the husband brought up this weird idea that his wife should sleep with his elder brother who had a terminal disease so that their lineage will not go into oblivion.

The wife flipped. What did her husband think she was, a whore to be passed around? Husband begged on bended knees. “No one would know. My brother would die in the next six months, according to his doctors. Do it so my family name would not be blotted out. If you really love me, you’ll do this to protect my pride and shield me from shame.”

She shielded him from shame, got impregnated by the dying brother.

Then husband dear started behaving funny. He couldn’t bear to touch his wife who’d been tainted by his brother. He became cold to the wife who rescued his pride. He threw out the one who saved his family name and lineage from certain death.

It’s shocking, isn’t it, what a woman will do to protect her ‘certificate of occupancy’? I turned to my friend, Toyin, and asked her if she would do what the wife in the movie did. For almost five minutes, Toyin was laughing.

“Auntie Funke, how could you even ask me that kind of question? Am I his mother? Why should his low sperm count become my misfortune? Oh please, if he’s not ok, it’s simply not ok. If his sperm count is low, the marriage is over.

How will I explain it to my mother? I want children, man and anyway would he stay married to me if I don’t have a womb?” Tough cookie, this friend of mine. She went on to tell me she would not marry a man who is not ok. Well, you see why I said things have changed?

I asked a few other young women the same question and only the born again ones said they’d stay with the man but even then only if he’d confided in them before marriage.

Somehow I think even those ‘born again’ ones will call off their engagements if they find out that their husbands- to-be can’t impregnate them. I won’t sermonise or tell you what I’d do if I find myself married to a man with a low sperm count. I don’t want to influence your response to this poser.

Continue Reading
You may also like...
Related Topics:funke egbemode, marriage