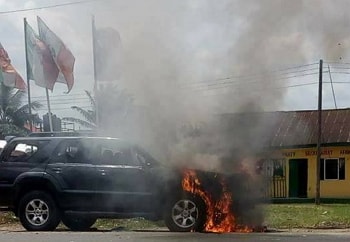 A member of the Rivers State  House of Assembly representing Oyigbo Local Government Area of Rivers State, Hon Chisom Dike was today attacked by some thugs allegedly sent by his political rivals.

The hoodlums set his SUV on fire and left him a message warning him to desist from his plan to contest in the upcoming election in the state. 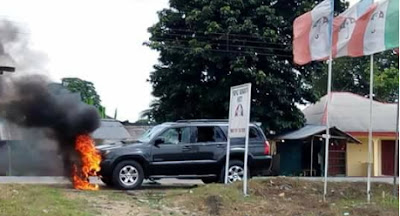 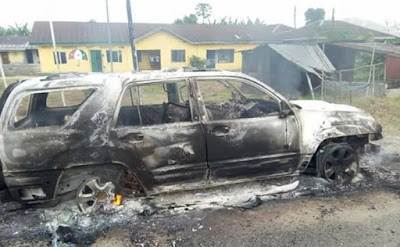