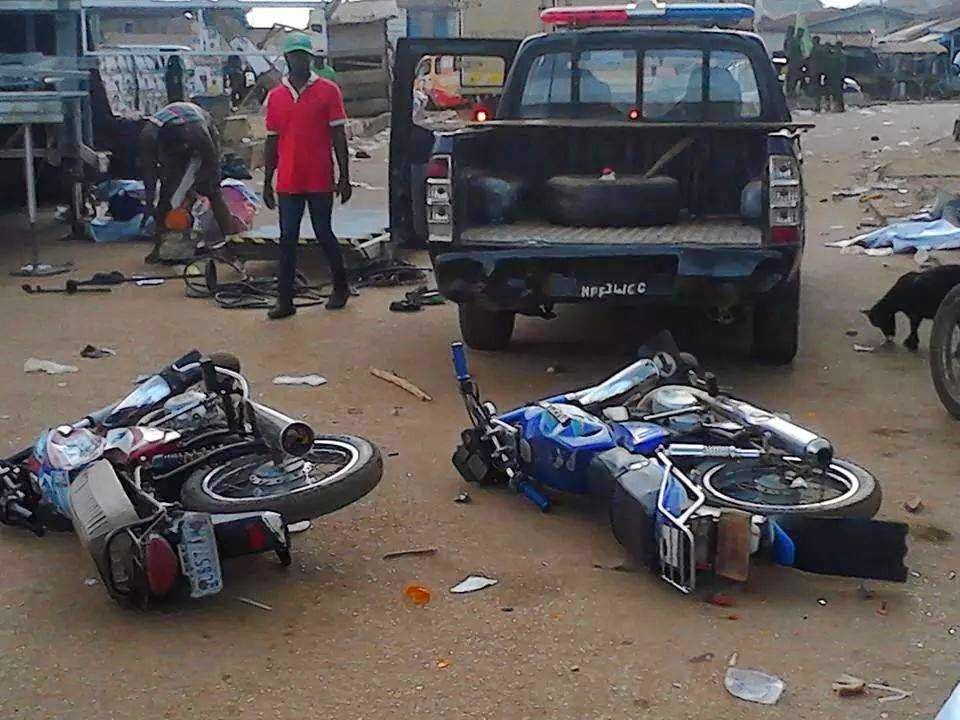 The Nigeria Labour Congress (NLC) elections which started on Wednesday night ended in chaos Thursday morning with suspected thugs breaking the ballot boxes and throwing out the papers.

Daily Trust reports that trouble started when a member of the National Union of Electricity Employees (NUEE) raised an alarm that his ballot booklet contained the name of an aspirant twice, claiming that it was an effort to rig the election.

Tempers had been high following claims by some union members of irregularity in the whole process.
Mr Joel Ajaero who is the Secretary General of NUEE and Ayuba Wabba, the president of the Medical and Health Workers’ Union were contesting to succeed Abdulwaheed Omar as president of the NLC.

Earlier on Wednesday, the president of National Union of Petroleum and Natural Gas Workers (NUPENG) Igwe Achese had stepped down as a third contestant, urging his supporters to vote for Ajaero.

The NLC leadership led by Umar Abdulwaheed has scheduled a meeting for Thursday evening to decide on the next line of action to take.

Continue Reading
You may also like...
Related Topics:attack, election, nlc