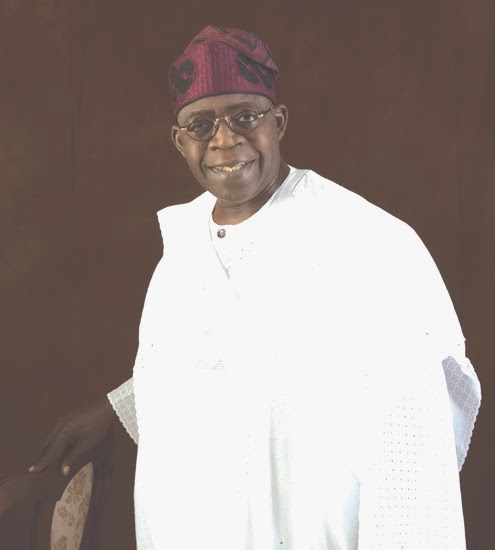 The destructive attacks in South Africa on Nigerians and other sub-Saharan Africans are tragic and mindlessly wrong. The assaults sorely bruise the objective of inter-African harmony. They also put an eraser to the idyll of progress and domestic tranquility many people saw when gazing at South Africa. The xenophobia is actually a lethal show of misdirected angry. The attacks point to deep, underlying ruptures within the South African political economy that actually have little to with the presence of Nigerian or other Black Africans in that nation. Nigerians have become scapegoats in a fundamentally domestic struggle.

The Black populace is roiling because their economic plight has worsened since the end of apartheid. If prosperity had come to them, they would not have come to this. The political and economic accommodation between the traditionally White-controlled economic superstructure and the post-Mandela Black political elite is under challenge. This model of governance has failed to make adequate provision for the bulk of the Black population. Due to his unique status, Mandela was able to give the Black population succor and hope while counseling them patience. That great man is no longer there. Gone with him is the succor he gave and apparently the patience of the people.

South Africans thus lashed out in frustration. They attacked Nigerians and other Africans not so much because our people were the cause of their woes. They attacked our people because they could do so much easier than they could attack the actual sources of their ire and economic predicament. It is easier to destroy the wares of the local shopkeeper than to change the political economy. The former merely requires an eruption of anger; the latter requires sustained political organization, vision and dedication. Thus, although they want political economic reform, all they did was to attack non-South Africans who provided goods and services to them at the neighborhood level.

While the government of South Africa may be questioned about its continued adherence to a political economic model that appears to have exceeded its best-use date, it is completely wrong to say the South African government had even a hand in instigating the unrest.

Thus, recalling the Nigerian High Commissioner is inappropriate and counterproductive. Instead of pulling the diplomat, Nigeria should name a high-level special envoy to visit the nation and engage directly with President Zuma. Nigeria should also send an Interagency Coordinated Action Team (ICAT) to South Africa to complement enhance efforts to provide consular services, liaison with police and security and ensure that affected Nigerians receive proper restitution.
We should also talk to major South Africa businesses resident in Nigeria. It would help douse tensions and ill will here if they announced a plan to contribute to the restitution of affected Nigerians.

Recall of an envoy is usually prompted by an adverse act by the host government itself. It is not good practice to recall a High Commissioner for a tragedy the host government could not have prevented and one for which its appears to be working in good faith to end.
The recent social upheaval should be likened more to a natural disaster as the government had no proximate control over its eruption. To recall our High Commissioner might satisfy our sense of outrage; it would do little else, however. The move implicitly signals to the South African government that we blame it for causing the outburst or for being negligent in the aftermath. Such a move would make it harder to encourage the South African government to act as we would like toward affected Nigerians. The more we diminish our presence is the more we diminish the daily pressure on the government in Pretoria. The more we diminish the pressure is the less we can positively influence that government’s action. Pulling our envoy decreases not increases our diplomatic leverage in this particular circumstance.

Also, much of the world and many Nigerians in South Africa will perceive the move negatively; they will think we are abandoning our citizens during the height of their travail. This might demoralize them to a material degree. The absence of the High Commissioner for an appreciable period of time will undermine the efficacy of our diplomatic mission at the moment when that mission should be doing its utmost for that segment of our Diaspora in South Africa.

SPECIAL ENVOY
A more constructive step would be to designate a presidential special envoy to liaise directly with President Zuma and appropriate cabinet-level officials in South Africa.
The official should be a well known statesman preferably with a prior relationship with President Zuma. A former head of state or someone like former Commonwealth Secretary Anyaoku would be ideal for the position.

This step would underscore Nigeria’s concerns for its citizens abroad. It would also signal to the South Africans that this episode cannot simply be left to fade into memory as has happened in the past. The envoy would press to ensure that adequate security is availed the Nigerian community to prevent further incidents this time of tension. The Envoy would also explore ways the Nigerian community can be better integrated and accepted in South Africa. Most importantly, he will press the South African government to improve its ability to ensure such things do not repeat themselves on such a large scale.

ICAT
Complementing the efforts of the special envoy would be a working level Inter-Agency Coordinating Emergency Team (ICAT).

The ICAT would be comprised of police and other security officers who would liaise with South African counterparts at the operational level to ensure adequate security for the Nigerian community and that the authors of violence will be apprehended.
The team would also have a strong consular component. Nigeria should use this as an opportunity to reach out to the Nigerian community in South Africa to get a better idea of its numerical dimensions and the locations where that community is most concentrated. A warden or communication system should be established within the community so that people can be quickly apprised of emergency situations or major events.
A small legal team with experience in comparative criminal and civil law should be part of the team. On one hand, the lawyers would check to make sure those arrested are to be prosecuted. The lawyers should also investigate the proposals for restitution the South African government will make for affected Nigerians.

SOUTH AFRICAN BUSINESSES IN NIGERIA
To douse tensions here and show goodwill, major firms in the South African business community here should be encouraged to develop a fund to restitute affected Nigerians. This fund should be contributed to the Nigerian government.

CONCLUSION
In such a circumstances, our policy approach should not be determined by anger. Our policy should be founded on a wise, dispassionate assessment of how to best protect our countrymen when they are imperiled. Recalling our top envoy does nothing to protect them. We must do better and more than just express anger.

The steps outlined above – Special Envoy, ICAT and South African Business Restitution Fund — are practical actions that can actually help our people and the South African government. Nigeria and South Africa are the two major sub-Saharan African economies. We should attempt to work cooperatively to the extent possible, even in tense times. This show of cooperation and assistance serves our longer-term strategic interests.

We should extend our hand of cooperation because that is in the best interests of our people in South Africa. If the South Africans rebuff these or similar overtures, then we can examine the need to call home our High Commissioner. However, recall should have been the last resort not the first one.