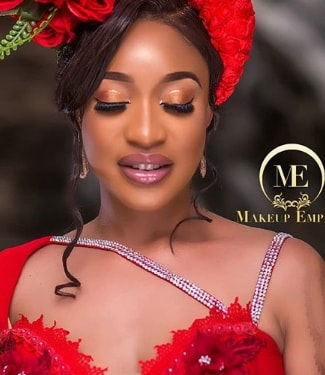 Nollywood Queen of controversy, Tonto Dikeh today said her highly anticipated show “KingTonto’’ would hit screens across the country and beyond soon.

The 33 year-old singer and mother of one revealed this on her instagram handle, @tontolet with a 30 seconds sneak preview video of herself in different outfits with a crown on her head.

“#KINGTONTO THE MOST ANTICIPATED REALITY TV SHOW…I promise you DRAMA, Love, Motherhood in its purest adorable form, work and everything I am made up of and more…Tell your friends to tell their friends the wait is almost Over..’’

Mr Olakunle Churchill, the estranged husband of the actress had in January filed a suit at the family court of the Lagos Magistrate court against his son, King Andrea appearing in the reality TV show.

Churchill said he filed the suit to save his son from any form of embarrassment in future.

He pointed out that the production was entirely an adult content that would expose the life and times of the boy at a period when he cannot make a decision for himself.

Mimi Orjiekwe: Folorunsho Alakija Is My Role Model, I Wish To Be Rich Like Her
Liz Anjorin Attempts Suicide As Boyfriend Dumps Her For Politician Daughter