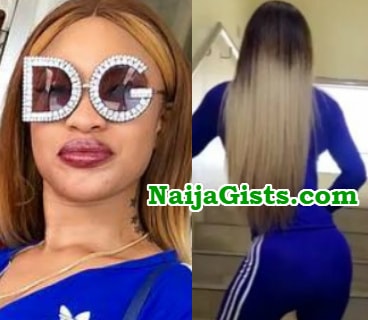 Tonto Dikeh’s attempt to make her butt look bigger today backfired as fans of the actress have been firing shots at her for allegedly wearing a butt pad.

The mother of one who recently went under the knife to improve her look today uploaded a video of herself butt-dancing to a gospel song alongside her hair stylist.

Two smart-thinking fans who noticed an unusual bulge on her butt pointed out that the actress put on butt enhancement pad.

Watch the video below and see their comments after.

Another fan of the actress @flrr18 wrote “The ass got angles though.. Nice gospel track.” 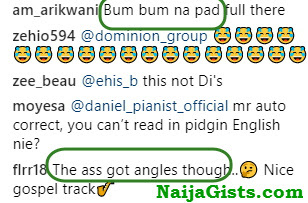