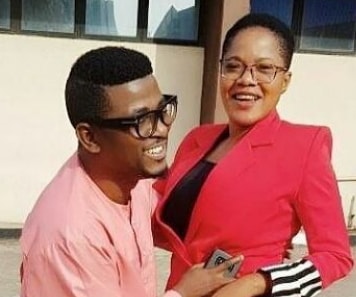 The Instagram drama that started over the weekend has developed into an ugly situation.
On SaturdayToyin Aimakhu stormed her colleague, Mercy Aigbe’s page to blast her, calling her a hypocrite after she posted a photo of Omoni Oboli’s book She also accused Aigbe of destroying her marriage, using her colleagues’ demise to shine on social media, asking her to act her age.

Both ladies later came online and claimed it was all publicity stunt.

Recall that during Toyin’s marriage crisis to actor Adeniyi Johnson, Mercy Aigbe and Yomi Fabiyi were those who stood up for her in the entertainment sector. Yomi was once rumoured in some quarters of having a strong but secret relationship with Toyin because of their closeness.

Then, Mercy Aigbe also took to her page to defend her fellow Edo sister and popular Yoruba actress, following her saga with ex-lover, Seun Egbegbe and the social media criticisms that trailed the issue. Mercy Aigbe fought hard and promised to offer her help anytime she feels like looking for a shoulder to lean on but noted that it can only happen if Toyin comes to her for help.

Today, Seyi Edun’s birthday is trending online and Mercy, who has never given the lady a shout-out, has done that today.
Well, Toyin Aimakhu and Mercy Aigbe have unfollowed each other on Instagram.

Out of anger, Toyin has also unfollowed her publicist, Mr Samuel Olatunji for signing new endorsement deal with Mercy Aigbe.