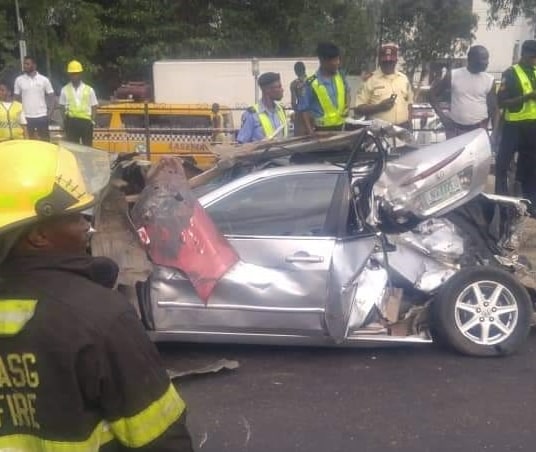 This evening, a multiple accident caused a major traffic gridlock on Ikorodu road in Lagos.

The accident occurred few metres away from the NEM Insurance corporate Head office on Ikorodu road.

Several cars and petrol tankers were involved in the incident with a Toyota Yaris completely written off.

Many of them were seen evacuating the vehicles to ease the gridlock worsened by rush-hour traffic. 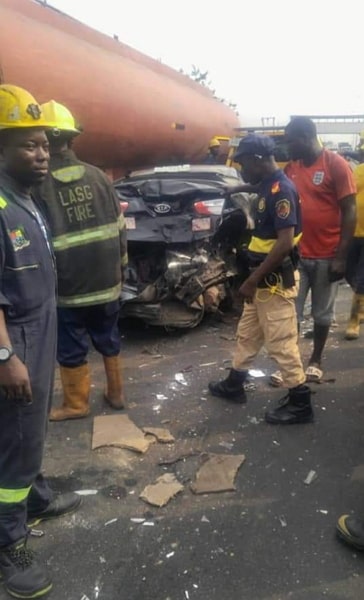