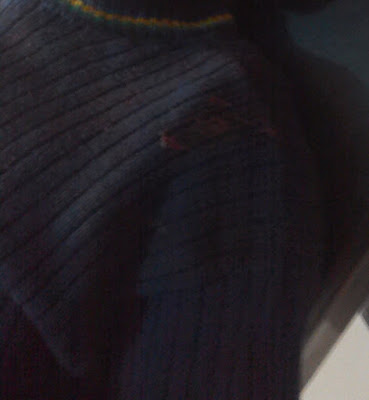 December 29, 2017 – New Soldiers Collecting Bribe Stab Policeman In Ado Ekiti, Injure 6 Others After They Were Cautioned

Some soldiers of Ekiti State origin who had just completed their recruitment training went on rampage in Ado-Ekiti on Thursday and attacked some policemen on duty.

A police Corporal, Abdulkadir Yakub, who was allegedly stabbed with jack-knife, is now clinging to life at the Police Clinic, Okesa, where he was rushed to after the attack.

Six other persons who were injured during the attack have been discharged from the hospital.

The “sin” of Yakubu, a Traffic Police Officer, was that he challenged the soldiers for causing a traffic snarl while extorting money from motorists. 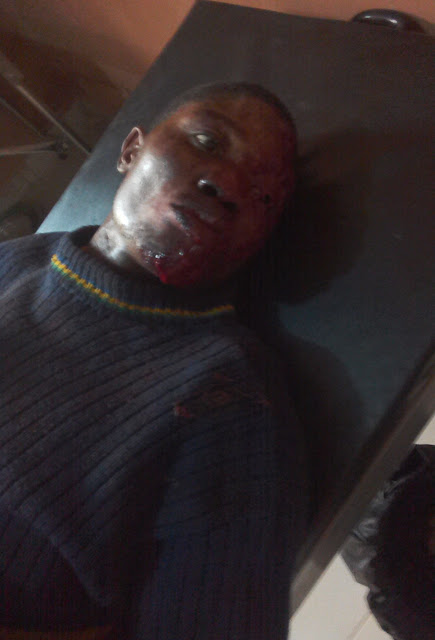 He was allegedly stabbed by a soldier identified as Private Ebenezer Babalola.

Yakub sustained deep cuts on his head and buttocks and lost much blood.

The young soldiers, who were 17 in number, wore the army uniforms and visited the Governor’s Office to pay a courtesy visit to Governor Ayo Fayose after completing their training in Kaduna.

Sources revealed that Fayose was not around to receive them.

After emerging from the Governor’s Office, the soldiers poured into the streets and stopped vehicles at Fajuyi Roundabout to extort money.

Yakub’s colleague, Corporal Monday Agom, who was on duty with the victim when the incident occurred at about 2.00 p.m., said the policeman was attacked by the soldiers after he pleaded with them not to cause a traffic gridlock during their alleged extortion.

“I was with Yakub at the Fajuyi Roundabout where we were deployed to control traffic. The ‘recruits’ were returning from the Governor’s Office and on getting to the point where we were controlling the traffic, they stopped and started harassing motorcycle riders and motorists for money.

“One of the soldiers, Ebenezer, stopped a man in mufti who happened to be a policeman right in his car and demanded the car key, while Yakub was trying to pass him to allow for the next person in line, so as to free traffic which was already building up.

“Yakub then explained to him (Ebenezer) that the man he stopped (Boboye Oluwakorede) is a police officer and that he should allow him to go, as stopping him there would cause hold-up, a statement said to have infuriated the soldier who immediately slapped Yakub, before bringing out a jack-knife with which he started cutting him at several parts of the body.