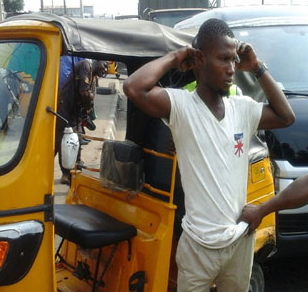 Abdullahi said that Mu’azu, a tricycle operator, was back in custody for the same offence barely two hours after his release on bail.

Abdullahi who spoke in an interview with the NAN, Saturday in Maiduguri, said that the suspect was saved from being lynched.

He alleged that the tricycle operator stole a cell phone from a woman at Bulumkutu area of Maiduguri.

He said that the suspect who was released on bail, based on health grounds, had stolen 15 cell phones and other valuable items from married women in the metropolis.

“The habitual culprit usually disguise as an errand boy, go to matrimonial homes under the pretext of delivering shopping or food items from their husbands.

The commandant explained that luck ran out of the suspect when he applied the same trick on a woman who refused to fall for his antics and shouted for help.

Abdullahi said that the suspect would be charged to court, and advised residents to be wary of unknown person who may disguise as errand boys.