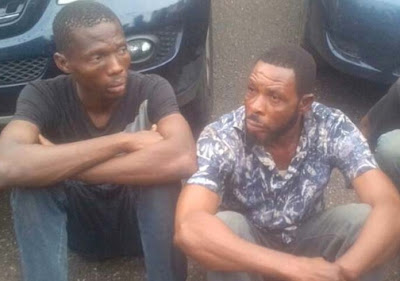 According to police investigation, the suspects, 25-year-old Franklin Jogbodo and 30-year-old Fostas Rufus usually pick their victims at Lekki, Ajah and Victoria Island area of Lagos at night and dispossess them of phones, money and valuables at gunpoint.

They also follow their victims to ATM machines to withdraw cash.

They were paraded in Lagos yesterday by acting Police Commissioner Edgal Imohimi.