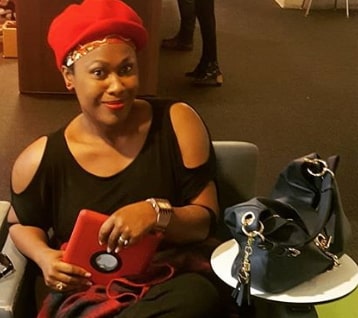 See excerpt of Uche Jombo’s new interview with The Nation’s reporter Dupe Ayinla Olasunkanmi on her recent collaborative project with Ini Edo, ‘Heaven on My mind’.

Why partner Ini Edo partner on this project?

I felt she has the strength that might not be mine. For me, I feel partnership is about two people bringing in their strength to the table. I actually wanted her to act in the movie, so I sent the script to her to read and then she liked it and suggested partnering.

The idea of partnership came from her and It was the best decision I made I must tell you, because this job has taken a lot. We have encountered a lot of challenges like shooting , light hitting somebody, having to recast and also re-shoot. If I was the sole executive producer, I would have probably gone mad.

So, I think sometimes, when things happen on a project, you see them as being blessing. Like having a partner and then all the expenses are being shared.

What was at the back of your mind when all the challenges came?

If you look on my right arm, I have a big scare there. It is from the set. We were shooting on a particular day and the light just fell on me. This job most time, and I would say most of the job that has troubled me the most are my personal jobs.

Sometimes, you can have it easy and the movie will still come out well. I just feel anything towards stressing you, is probably preparing you to do better or as a sign that the job will come out well. Because on this particular project, we had to recast as particular character, but the time I went back to the studio and watched the other actress playing the role better, I knew it was a good call. I would not have known or seen that if the challenge did not come up.

Most time I do not see stress that come with production as giving up, because it makes the job perfect and better.

Did the re-casting mean additional cost?

Yes, that is why I say having a partnership is sometimes good. In such case, the whole cost will not be on you alone. You will really feel the heaviness of going above you budget. You feel that more, when you are the only one funding the project.

On this, did you spend above your budget?

Yes, we did. And like I mentioned earlier where the cost is N500, you only get to drop N250. Ini Edo was the calm of my madness on this set. When I try to push above budget and I am freaking out, because I am a very tense person, she will like ‘calm down, we will do it’.

On this production, things had happened that I was glad that I had a partner. Because that was supposed to happen, but I would have freaked out if I was the only one handling the project.

The title sounds like it is a religious movie. Is it?

Heaven on my Mind, I need to clear is not a Christian movie. Heaven is the name of a girl in the movie. You have to watch the movie to know the rest of the story.

How did you pull your cast together?

We had an amazing cast on this project like; Ini Edo, Mercy Aigbe, Femi Adebayo, Adunni Ade, the lead actor, Ray Mondi and others. And of course human beings are difficult to manage and we are talking about adults here. But at the end of the day, we were able to pull through. We started 2016 towards 2017, but when the accident happened, we had to put a hold to the production.

What was the idea behind the mixed cast, English and Yoruba?

When producing, I always take into consideration characters who fit into a particular role. So casting for this project, I had to pick those that fitted into the roles because it was a Yoruba character.

I like to cast actor in their comfort zone, it helps with the story telling and sometimes when you cast an actor that is not versatile in that area, it destroys the production. And it is a language that they are comfortable with.

It is a drama-comedy on relationship, marriage, whether you like it or not it is a business transaction.

But what happens to the era of DVDs?

Honestly, I miss those days. Even now, people are afraid of putting their films in DVDs. But I think we should still do that. There is still market for it, but it is just that the piracy is still very high. There are some who would still want some movies as collection.

Will you be considering it on this project?

It is a partnership. I will have to discuss that with my partner and if it works, we can consider it. We are going to run across Nigerian cinemas and after that, do an online cinema too where people will get to watch it. We will premiere it for a weekend.

This is considered to be your directorial debut. Isn’t it?

I need to clear that, it is not my directorial debut. I directed a movie while in school. But this is my first directorial movie that is going into the cinemas. So I think that is where the mix-up came from.

I have directed several movies, but this being my first cinematic directorial movie. It is a huge mark in my books and I really appreciate everyone who had faith in me.

Continue Reading
You may also like...
Related Topics:nervous, uche jombo

Why Dakore Akande Dropped Out Of School, Quits Studies @University Of Lagos
Ini Edo: Uche Jombo Is My Personal Friend, She Is One Of The Best Female Nollywood Producers