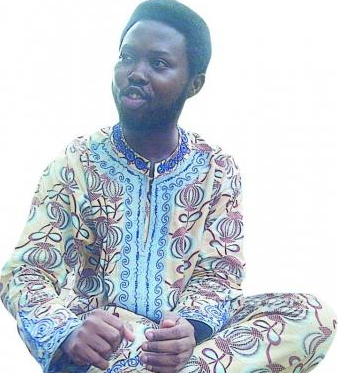 Excerpts from Punch NG’s recent interview with Mansur Ismaila, a young man who dropped out of the University of Ilorin School of Medicine after 10 years and later graduated with a First Class degree at the University of Lagos.

Please Tell Us About Yourself

I am Mansur Akolade Ismaila. I just graduated with a Bachelors degree from the Department of Mass Communication, University of Lagos.

What is the Cumulative Grade Point you graduated with?

You were a medical student?

I was in the University of Ilorin, where I studied Medicine and Surgery for a total of 10 years, precisely between 2001 and 2011.

Can you share some of your experiences at UNILORIN?

UNILORIN was hellish for me. I never wanted to become a medical doctor in the first place. While I was at the institution, the course was made unbearable, and I think unnecessarily difficult then. Tens of us were failing and repeating serially, and several colleagues were withdrawn in shocking circumstances; some at 500 level and even final year! But I was different, in that, despite the fact that I repeated 200, 300, 500 and 600 levels and spent a total 10 years instead of six years at the UNILORIN Medical School, I really never wanted to become a doctor. Deep down in me, I really was never a doctor. My heart was always somewhere else; in journalism or law. I chose journalism after I voluntarily withdrew from medical school in my 10th year, that was two weeks to my second attempt at the final MBBS exams. The rest is history.

Why did you drop out of medical school?

I was originally pressured into studying Medicine by my father. But he made an innocuous, and I must say, a well-intentioned error. Like many Nigerian parents, he wanted me to be in science class in secondary school and proceed to study the “best course in the world”. For several other personal, and seemingly justified reasons, he pushed me into medical school and kept me there, paying lots of money year after year to sustain me, for 10 years. Unfortunately, I was quite brilliant in secondary school and I didn’t fail badly enough to send warning signals then. Trouble only started in the second year of MBBS. Unfortunately again, I had zero interest in medicine, and very strong feelings for the news, the media, reading and public speaking. Then and now, I remain a voracious consumer of the news, and the common complaint of my friends has always been that I talk too much. Today, I talk for money (laughs). I dropped out of medicine because I could not take it no more. It was killing me. It destroyed my cognitive acumen, and turned me into a sad, depressed man; a perpetual failure. Essentially, I spent the 10 years studying medicine and discovering myself. The experience subconsciously prepared me for a new life of success in Mass Communication.

What are the lessons you learnt from your ordeal?

Many lessons. And I’ve decided to spend the rest of my life teaching those lessons to parents and their children. Firstly, parents need to listen to their kids concerning their ambitions. Parents should not foist their own aspirations on their children, no matter the economic and social pressure. You really can’t make tons of money from a profession you hate because you had probably not do well in it in the first instance. Second, children should go the extra mile to convince their parents as to their education and career choices. If you’ve got no clear focus and ambition, you’d have no choice but to act another person’s script.

What are the challenges you encountered before and after taking the decision to drop out of medical school?

Challenges? Yes, many. I had lots of antagonists, including close family and friends. Eventually, I had to stop listening to the naysayers. They all promptly ‘converted’ after my first semester exams in UNILAG, which ended with a First Class GPA; 4.67. I also had funding issues, especially at those times when my dad had not converted yet. I had to pay for crucial crossover exams like WASSCE, GCE, UTME and Post-UTME exams. I had to engage in petty business; bulk SMS to be precise, and my mum paid for the rest. For that, I’m eternally grateful to my mum. She is a huge reason I climbed into a First Class and stayed there till the end. Adjusting to life in the Social Sciences/Arts was also a challenge. I had to buy all the necessary books and read them back to back. Eventually, I spent two months studying for the usual three-year arts class, and the results shocked even me! I had distinctions in all the subjects I offered at WASSCE and GCE, a high score in UTME for that period and a smooth ride into UNILAG, on the merit list.

When you see some of your course mates in UNILORIN, how do you feel?