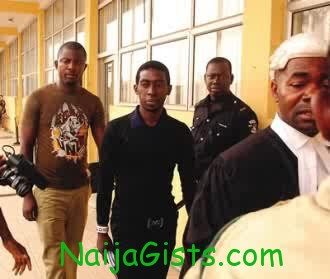 A prosecution witness, Mr. Adewale Adeyemi, in the alleged murder of a Lagos banker, Mrs. Titilayo Arowolo, by her husband, Mr. Akolade Arowolo, yesterday, confirmed that there were multiple stabs on the corpse of the banker, confirming that she was murdered.

The witness, who was led in evidence by the state Director of Public Prosecution, DPP, Mrs. Olabisi Ogungbesan, told an Ikeja High Court, Lagos, southwest Nigeria, that on the fateful day, while visiting the deceased’s apartment, he noticed that she was stabbed several times on the chest, face and head.

Adeyemi, a co-tenant to the Akolades, told the court that he was not present while the killing took place but was privileged to see the deceased corpse before she was moved away from her apartment, where the incident happened. 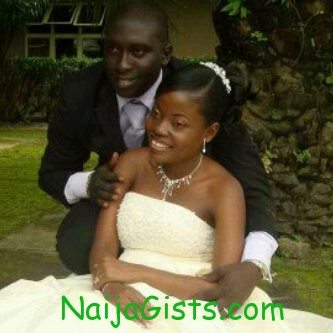 In his testimony, Adeyemi recounted how he saw the corpse of the deceased after her husband had escaped from home the previous night.

He said he took his wife to work on the fateful morning and on his way back, he dropped the car with his mechanic for repairs.

“I decided to join a commutter bus back home but before I got to the bus stop, it started raining. I waited for about 20 to 30 minutes for the rain to stop and when it was taking too long, I took a bike home and got home drenched.

“I was in my apartment trying to change my drenched clothes and make coffee, when I heard a sound of metal object fall from the top flat. I became curious but couldn’t identify what exactly it was.

“Minutes later, I heard the voice of someone, who turned out to be my neighbour, Mr. Akolade coming out from his flat up stairs and I quickly opened my door to ask what happened. But I noticed that there was a deep cut on his palm soaked with blood. I tried to find out what had happened but he seemed to be in a hurry and called the gateman, Sheidu, to open the gate. He entered his car and drove out.”

He added that the sound of the metal object he heard later turned out to be a broken knife and a hammer, which were later taken away by the police, who examined the house after the incident was reported at the police station.

He told the court that on that day in question, he saw a man lying on a bench at the entrance of the staircase while entering their premises, but never bothered to ask what the mission of the person was.

“Immediately Akolade drove out, I quickly entered my apartment and locked the door thinking he had been attacked by someone. I called my wife and a neighbour, Bayo Ajakaiye, to inform them of what I saw.

“Later that day, out of curiosity, we went to Akolade’s flat to knock to see if there was anybody in there but there no response. We also tried the phones of Akolade and his wife but there was, no response also. It was at that point that we decided to report the matter to the police the following day at the Aswani Police Station,” he noted.

Mr Arowolo was arraigned on a one-count charge of murder, contrary to section 319 (1) of the Criminal Code Law Cap. 17 Volume 2, Laws of Lagos State, 2003 over alleged killing of his wife.