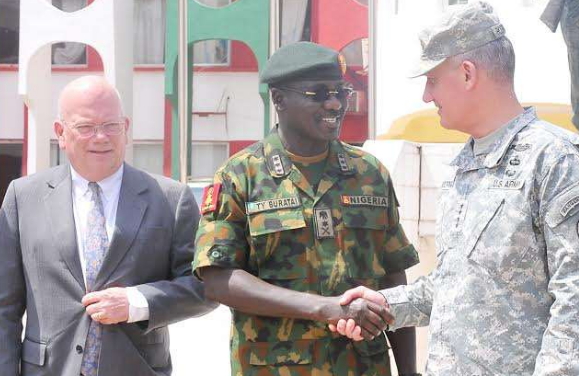 The US has bemoaned the activities of Boko Haram and the Islamic State of Iraq and Syria (ISIS) in West Africa.

The US has also announced an additional donation of $45.5 million, to support stabilisation and early recovery efforts in the North East.

The donation, which was made through the United States Agency for International Development (USAID), would help those affected by violence in the region to rebuild their lives.

Visiting US Deputy Secretary of State, John Sullivan, who said this in Abuja, yesterday, during the opening ceremony of the US-Nigeria Bi-national Commission, noted that security, development and governance are connected and cannot be considered in a vacuum.

Sullivan recalled a meeting with 17-year-old Maryam Ahmed, an indigene of Kano and a girl champion for Save the Children, a non-governmental organisation during the International Day for the Girl, in his office, last month.

Ahmed told Sullivan how proud she was to be a girl from northern Nigeria, and, to still be in school when only four percent of girls in the region conclude secondary school.

“The role of education takes on outsized importance when one considers that girls who have access to education are less likely to face violence, sexual abuse, child labour and child marriage. Maryam understands this and she is making it her life’s work, as an advocate for the rights and empowerment of girls, including those brutally kidnapped by Boko Haram, over three years ago.

“Maryam’s story reminds all of us about the destruction Boko Haram and what ISIS-West Africa have wrought on the Nigerian people, and their disastrous impact on the more than two million displaced people across the region,” said Sullivan.

Analysing the situation in the region, Sullivan said an entire generation of boys and girls have had their education and future disrupted by violence.

He said Ahmed’s story also reminded the international community that there is an urgent need to consider security alongside other important issues like development and good governance to create growing and sustainable prosperity for the Nigerian people.

He further said military response alone in the North East cannot lead to sustained peace, and added that Nigeria’s success does not just depend on military effectiveness on the battlefield.

“Nigeria cannot simply restore the North East to what it was before the destruction brought about by Boko Haram and ISIS-West Africa. The Nigerian government, with civic leaders and a wide range of community leaders, must work together to create a durable social, economic, and political infrastructure to support lasting peace and development for decades to come.

Speaking earlier, Minister of Foreign Affairs, Geoffrey Onyeama, said it is evident that, in spite of the change in leadership on both sides, the foreign policy objective to promote strongly ties between the US and Nigeria is firmly on course.

“That must include transparent and credible investigations of human rights violations and mechanisms to hold those found guilty accountable for their actions. This is essential to deepening the people’s trust of the government, strengthening security efforts in the North East, and improving the United States’ ability to partner with Nigeria.”

Continue Reading
You may also like...
Related Topics:nigerian, rebuild, state, us