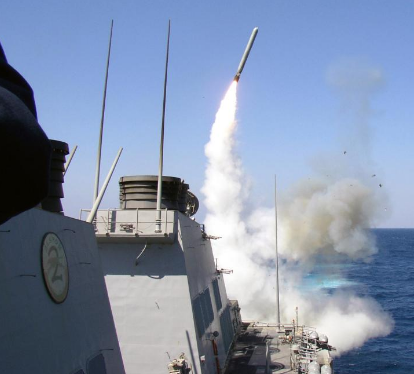 The US navy has launched a targetted attack on Syrian Airbase after Assad-led government reportedly ordered nerve agent attack on innocent civilians in Syria.

Following an order from Donald Trump, two US warships based in the eastern Mediterranean sea (USS Porter & USS Ross) launched at least 50 missiles targetted at Syrian Airbase where aircrafts believed to have dropped nerve gas on innocent civilians emerged from. 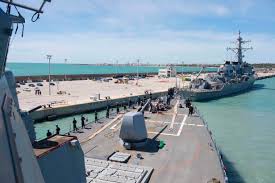 The missiles targetted an airbase at Shayrat.

The US initially planned to attack a chemical weapon storage facility and the Shayrat airbase but Pentagon planners later decided tonight to target just the airbase in order to protect civilians.

In his address tonight, President Trump said he ordered the targetted airstrikes tonight.