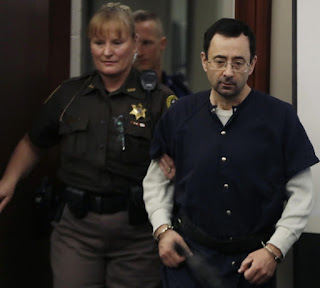 Dr Larry Nassar, a Michigan based Olympics doctor was today sentenced to 40 to 175 years in jail for sexually assaulting injured gymnasts and other young women.

After a 7-day hearing witnessed by over 150 victims and their families, Larry was sentenced to 40 to 175 years in prison by Judge Rosemarie Aquilina.

Victims made riveting statements in a courtroom in Lansing Michigan today while confronting Dr Larry Nassar who worked at Michigan State University and USA Gymnastics. 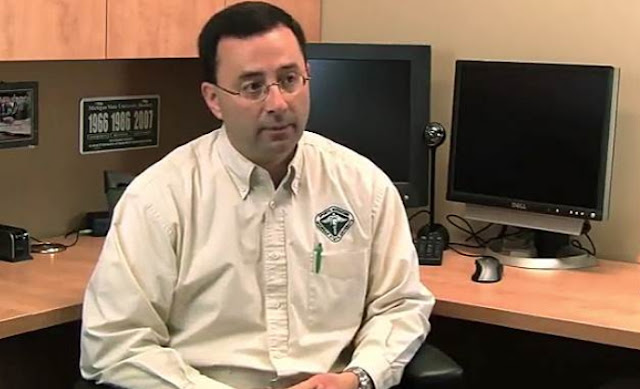 Nassar who pleaded guilty to sexually assaulting 7 females in Lansing between 1998 and 2015 was accused of molesting his patients while they were on a table seeking help for various injuries.

Continue Reading
You may also like...
Related Topics:doctor, larry nassar, olympics, us