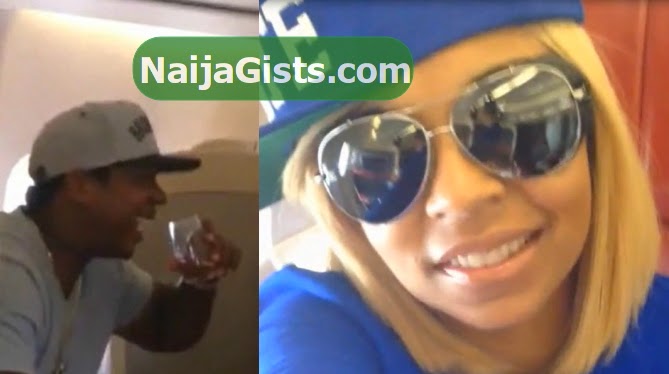 Hip hop fans around Nigeria are so excited about the upcoming show that will hold in Warri on Wednesday, the 1st of October to mark Nigeria’s 54th Independence day celebration.

Rapper Jarule and R&B singer Ashanti were both spotted on an Arik Air plane this afternoon as they make their way to Nigeria.

They have been billed to perform in Warri for a show tagged “Warri Again“. The show is aimed at re-branding Warri and making it an entertainment destination in the country.

They will be singing Jarule’s hit song ”Always on Time”

Ashanti will also be performing at Comedian Bovi’s show at the Eko Hotels & Suites on the same day.

Watch a video of the two celebrities on board of an Arik Air flight today enroute to Lagos Nigeria:

This will mark the first time Jarule comes to Nigeria after spending time in jail.