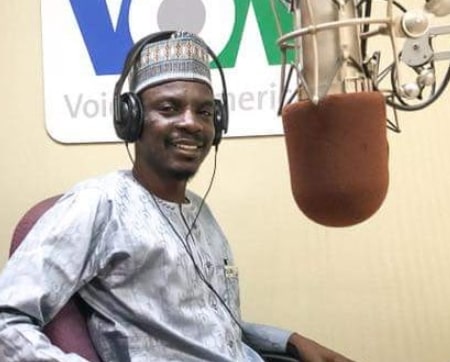 VOA yesterday announced it has fired or proposed to terminate more than half the members of its Hausa language service following an investigation that found the individuals had accepted improper payments from a foreign official in West Africa.

Amanda Bennett, director of the federally funded news organization, notified VOA staff of the move in an agency-wide email. “It is therefore with a very heavy heart that I must tell you that we have terminated or (in accordance with all applicable Federal laws and regulations) proposed to terminate 15 members of the Hausa Service,” she wrote.

Bennett said the action was taken after simultaneous investigations by VOA staff and the Office of the Inspector General into “allegations of improper conduct by members of the service, which involved accepting improper payments from an official in the coverage area.”

The service reaches some 20 million people weekly, principally in Nigeria but also in Niger, Ghana, Chad and Cameroon.

Remaining members of the Hausa staff said the 15 individuals, including the service chief (who is not suspected on personally accepting a payment) , were met at the front door of VOA headquarters on Thursday morning. They were stripped of their building passes and handed letters notifying them of the action.

Individuals within VOA’s Africa Division said the investigation produced no evidence that any programming was affected by the alleged payments. However Bennett said in her email that “a separate investigation has been launched to determine if any coverage by VOA was improperly influenced. If any such influence is discovered, we will deal with it promptly and transparently.”

A senior VOA official said all the alleged payments uncovered by the months-long investigation were made in or near the main VOA offices in Washington, and on a single occasion earlier this year.

The official would not comment on the amounts that were paid. However it is not uncommon in Nigeria for senior officials to distribute “brown envelopes” stuffed with cash during press briefings, a practice that has been documented by the British Broadcasting Corp. and others.

An official at the Nigerian Embassy in Washington declined to comment on the firings and suspensions, saying it is an internal matter for VOA.

The action leaves the service with only 11 permanent government employees and contractors to produce 16 hours of radio and 30 minutes of television every week. Mengesha said the agency intends to maintain its current programming schedule with the help of an extensive network of part-time contributors in Africa. A former Hausa Service chief, Fred Cooper, will return to run the service until a permanent chief is selected.

Mengesha also said he will be moving quickly to replace the terminated employees and that the new hires will receive rigorous training in journalism ethics. Some of the employees cannot be replaced under federal regulations until a lengthy termination process is completed.

Bennett said in her email that she was acting to protect the integrity and reputation of VOA, a federal agency which delivers news content on radio, television, internet and social media in more than 40 languages to more than 230 million people weekly. “If any other instances of improper payments are discovered in any service anywhere in VOA, we are committed to investigating them thoroughly and dealing with them promptly as well,” she wrote.

Asked in an interview how she will ensure that nothing similar happens again, she said, “Every person in this building knows the federal laws and the standards of ethical journalism. People will see [from Thursday’s firings] that we take these things very very seriously. Everyone will see what we expect of them.”

In her email to the staff, Bennett commended “the leadership of the Africa Division who immediately and wholeheartedly backed the investigations and cooperated fully with these painful decisions. They, like all of us, are committed to the highest standards of ethical behavior and will not tolerate any infractions.”

Continue Reading
You may also like...
Related Topics:journalists, sacks, voice of america