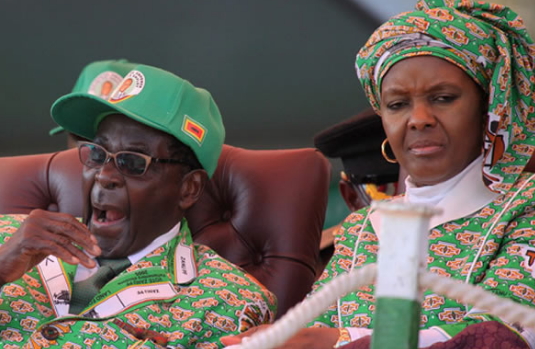 The President of Zimbabwe Robert Mugabe fired Vice President Emmerson Mnangagwa on Monday, the government said, as the battle between Mnangagwa and Mugabe’s wife Grace to succeed the veteran leader intensified.

Mugabe’s dramatic move came after a weekend of high drama between Mnangagwa and Grace after which Mugabe appeared to finally back his wife in the succession race.

On Saturday, the 93-year-old president threatened to fire Mnangagwa, accusing him of fanning factionalism to garner support ahead of a party special congress due in December, after Grace was booed at a weekend rally.

Grace responded defiantly on Sunday by saying that she was ready to succeed her husband.

“It had become evident that his conduct in the discharge of his duties had become inconsistent with his official responsibilities,” Moyo said.

“The vice president has consistently and persistently exhibited the traits of disloyalty, disrespect, deceitfulness and unreliability.”

Mnangagwa was appointed vice president in 2014, taking over from Joice Mujuru — who was axed after Grace Mugabe launched a campaign accusing her of plotting to topple the president.

Continue Reading
You may also like...
Related Topics:mugabe, sacks, vp