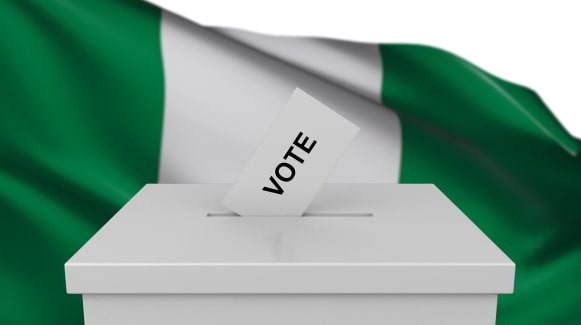 As We Go Into Nigeria’s 2019 Presidential Election

“When all is said and done, more is said than done” – Greek author Aesop

Without a doubt, as we return from the Christmas holidays, for those who follow events in this country, the 2019 general elections is one issue that would be ringing a bell in our minds as we begin the New Year.

As we prepare for elections again, I expect every Nigerian of voting age, with a conscience, who genuinely wishes this nation well, to ask if this government deserve another 4 years?

In March 2015, after weeks of intense politicking, the battle for the presidency narrowed to two political parties, the All Progressives Congress APC and the People’s Democratic Party PDP both represented by former president Goodluck Jonathan and current President Mohammadu Buhari, respectively.

After many weeks of crisscrossing the length and breadth of Nigeria, and canvassing for votes, in the end, General Buhari carried the day in the bitterly contested ballot, and when the results were officially announced, APC declared that “the country is witnessing history”.

General Buhari was 72-year-old at the time, a former military leader who had on one occasion acknowledged that “old age will limit my performance” according to Sahara Reporters and on another occasion, gave in to emotion and shed tears in front of cameras and promised that “This campaign is the third and the last one for me since after it, I will not present myself again for election into office of the president” according to Vanguard newspaper.

He would later renege on his promise, participate in what was the closest political contest Africa’s most populous nation has seen to date, and win.

Former president Jonathan at the time, conceded defeat amid fears the result would be marred by malpractice in favour of the PDP, and even telephoned General Buhari to congratulate him on winning even before the final results were announced. His behaviour surprised not just Nigerians, but members of the international community.

In responds, APC spokesman Lai Mohammed told Reuters that “This is the first time in Nigeria that a sitting government will be voted out of power using purely democratic means. The people of Nigeria have taken over.”, he declared.

I believe Mr Lai Mohammad did not make that statement out of the blue, because Nigerians then, indeed felt they had taken over. But events today has led many to argue that since it was obvious at the time that the Nigerian people wanted a change, the APC aptly rode on the sentiments and promised “change”.

That election ended President Jonathan’s five-year-tenure, and made him the first incumbent to lose an election in Nigeria. Some say his rule “Had been marred by corruption, scandals”, and even worse, the increasing threat from Boko Haram Islamist militants in the northeast, which had killed thousands of people, sometimes on a daily basis, almost as soon as his government took office.

Nigerians listened to, bought into General Buhari’s change mantra and voted en masse for him. We took for granted the fact that the man had previously ruled Nigeria as military dictator from 1983 to 1985, before he was ousted by General Ibrahim Babangida. We also took for granted the fact that General Ibrahim Babangida gave some very salient reasons why he joined colleagues in the military to oust him.

After General Buhari was sworn in, it took him six months to name his ministers, and when he finally did, we saw the same old names like Mr Audu Ogbe, who was one time PDP chairman and so on, on the list. At that point, some of us with high hopes then began to entertain the feeling that it might be difficult for him to keep the several promises he and the APC made to Nigerians during the electioneering campaign, promises upon which they rode gallantly to power.

Today, less than 60 days to the next general elections, I feel compelled to ask if Aesop was right, that mere words or promises don’t develop a nation, and also, what has changed now under the APC that was different under the PDP?

The hardship many Nigerians face today bites harder than in the PDP years, and an equal number of people, if not more, have died as a result of acts of terror today compared to the PDP years…

As a country, we have a very real chance for development. We have the men and material to do so. There is nothing stopping us, except our capitulation to tribalism, religious extremism, ethnicity, greed and stupidity, from investing massively in an infrastructural enterprise never before seen in this nation, or from taking our place among the comity of serious nations.

Despite everything being said by supporters of this government, in my good conscience as a concerned citizen, I dare say what I have seen today as against what I expected while we voted en-mass for General Buhari, are all failed promises.

For example, we were promised State and community policing and a ban on all government officials from seeking medical care abroad, yet president Buhari himself has repeatedly broken this promise.

The promise of the Implementation of the National Gender Policy, including 35% of appointive positions for women is one we would not forget in a hurry, but as we speak, we know there is no government in the history of Nigeria that has been more exclusive of women participation than this administration.

We were assured of the Generation, transmission and distribution of at least 20,000 MW of electricity within four years, which would increase to 50,000 MW with a view to achieving 24/7 uninterrupted power supply within 10 years. Can we in good conscience say this promise has been kept?

We were also promised job creation to the tune of 720,000 jobs in the 36 states of the federation per annum, meaning 20,000 per state, amounting to three million Jobs per year. How do we reconcile this to the over 10 million jobs that have been reported lost since this government took office?

I was personally happy when we were promised our economy would be made one of the fastest-growing emerging economies in the world with a real GDP growth averaging 10% annually, until I realised that as we speak, the Nigerian economy has one of the highest outflow of capital since this government took power.

We heard plans of the Eradication of state of origin, replacing that with state of residence to ensure Nigerians are Nigerians first, before anything else, instead, what we have seen is a government that has been accused, evidently so it would appear, of being one of the most sectional in its appointments, in the history of the nation.

What has become of the Whistle Blower Act? Has the policy died a natural death?

We heard talks of provision of Permanent peace in the Niger Delta and other conflict prone areas such as northern Nigeria, but the number of lives, including that of military men, that have been taken in the most gruesome manner by terrorists, under all manner of names, since this government took over, is unprecedented in the history of this nation. Even nations that are war, do not bury as much people in mass graves on a single day as we have seen recently in places like Benue and the likes.

General Buhari mentioned how his government intended to commission a sociological study to determine Boko Haram’s origins, remote and immediate causes of the movement, its sponsors, and the international connections to ensure that measures are taken to prevent a recurrence of this evil, as we speak, the group is more brazen, and has been reported to have taken over towns.

With the recent appointment of the president’s niece Zakari as head of INEC’s collation centres for the general elections, placed side by side the recently concluded elections in Ekiti, Osun and Edo States respectively, can we still reasonably believe in the promise to Strengthen INEC to reduce, if possible, eliminate electoral malpractices in Nigeria’s political life.

In the face of these and many glaring realities, who then can deny that today, many Nigerians would not give anything to have things, at least prices of commodities in the market, returned to how they were when General Buhari met them before assuming office? For example, we know how much the Dollar exchanged for or how much a bag of rice sold then, and how much it sells now, and this can be said about almost every aspect of the life of the ordinary Nigerian.

We were told that petrol would sell at 45 naira per litre, and even a former governor who is currently a minister told us a serious government would light up Nigeria in six months, have all these promises been met?

Or are we to talk about the issue of borrowing? Hard loan today, soft loan tomorrow, now Nigeria is in the worst debt it has ever been in since independence.

Luckily, we have a list of over 15 candidates to pick from, starting from the president himself, to Mr Atiku Abubakar PDP, Omoyele Sowore AAC, Oby Ezekwesili ACPN, Kingsley mogahlu YPP, Chris Okotie FDP, and so on, we would be very unreasonable if we go to the next elections come February without allowing promises made yet not kept, candidate’s antecedent, competence, to form the yardstick against which all candidates would be assessed at the poll.

I wish you a very prosperous New Year and God bless Nigeria.

Christmas Is A Season To Celebrate The Birth Of Jesus Christ, Not A Day – A Response To Daddy Freeze Biblical Ignorance
Hijab Islamic Veil: Feminine Modesty Or Imprisonment ?