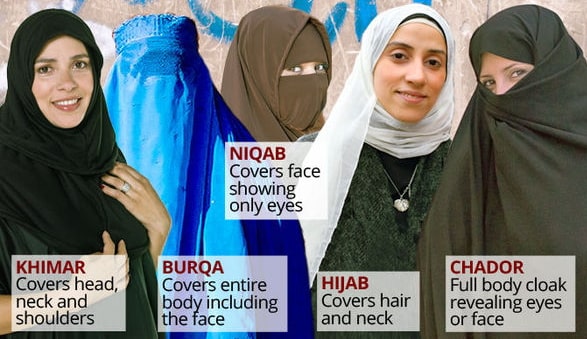 In 2017, a Nigerian Law School graduate by the name Amasa Firdausi was refused her call to bar for failing to remove her hijab. Her action and the Law School’s response generated intense debate and controversy at the time, especially on the internet, so much so that she boasted that her defiance was to “challenge the status quo”.

She was later called to bar in July 2018, seven months after the “hijab controversy”.

Amasa’s action not only became a national topic at the time, even as the Nigerian Law School insisted that her appearance had broken its dress code, it also brought to the fore in the national space, certain issues, one of which this article seeks to address.

Recently, Premium Times reported that the Lagos State government has approved the use of hijab in public schools pending the outcome of the case, which is still pending at the Supreme Court. The Muslim Students Society of Nigeria MSSN which has not ceased to champion its use in schools across Nigeria celebrated the decision.

This is against reports recently that the management of the Lagos State University has released a new dress code in which the hijab, Niqab, face caps; tattoos etc were banned in their school premises.

Although some have argues that “with this new development, it is obvious that the management of Lagos State University is taking fashion away from student…”, I think the university has done the right thing especially as it concerns the burka, and I urge other schools, and in fact, the entire nation, to follow suit and ban the Burka, Chador and Niqab in public places…

I say this with utmost respect for modest dressing and dare say the use of the burka and the likes doesn’t in any way portray modest dressing but on the contrary promotes female oppression.

How for example, does the use of the burka assert religious or cultural identity? How many of those women really want to be covered up the way they are made to?

Note that a hijab is the most common type of headscarf worn by Muslim women that covers the head and neck, but leaves the face clear.

The Niqab covers all of a woman’s face except for her eyes. It usually flows down to the mid-back to cover the woman’s hair, and may flow down to the mid-chest in the front. It is most often worn in Arab countries.

The Burka covers the whole body from the top of the head to the ground. It is the most concealing of all Islamic veils. It covers the entire face, including the eyes -with a mesh cloth to see through.

It must be noted that even in the hottest places on earth, Muslim women are still required to cover up, a thing that seeks to hide the curves of their body and make even those with the nicest figures look obese. Apart from other disadvantages, doctors in places like Iran for example, have linked total covering the body to shortages in Vitamin D, usually derived from sunlight, and increases in osteoporosis and so on.

Many of the ‘total covering’ advocates in Nigeria today, do not know that even cosmetics, jewellery, perfume and anything that makes a woman alluring are also discouraged in most Islamic lands with the excuse that they tempt men and destroy their chastity and honour.

One of the biggest misconceptions today however, especially among Nigerian Muslims, is that veiling is only peculiar to or originated by Islam. Nothing could be further from the truth. Islam did not originate veiling. The only thing Islam has done is that, it has refused to evolve from such ridiculous and unhealthy veiling as Niqab and Burka.

Apart from the Jews, Byzantines Christians, countless groups like the Hindus of India that existed before the birth of Islam, practiced all manner of veiling where women seclude and veil themselves through a custom called purdah.

In antiquity, long before anything called Islam, veiling was seen as a sign of high status. Jewish and Christian women adopted the custom to symbolize a retreat from public life. In fact, the Iranian term chador, meaning “tent”, is derived from the personal custom of very wealthy women travelling around in covered sedan chairs. Some Islamist have argued that the Western custom of brides wearing veils came from Muslim countries, that again is wrong, as facts has  it that this practice  comes from ancient Greece, to Rome and Byzantium.

When the Qur’an first mentioned the concept of covering, it was not as a veil but in the context of a barrier or screen as we read in Qur’an 33:53: ‘…And when ye ask (the Prophet’s wives) for anything ye want, ask them from before a screen: that makes for greater purity for your hearts and for theirs.”

Taken in historical context, this verse seems to suggest a primary intention of giving the Islamic Prophet’s wives some protection against nuisance visitors and people who were looking for gossip about them. Gossip and slander were a great concern at the time in Arabia when the verses relating to veiling were ‘revealed’. In fact, Sura 24:1 onwards came immediately after the Islamic Prophet’s wife Aisha was accused and acquitted of adultery.

In ancient times veiling was more common in the cities than in villages, presumably because city women were more likely to be secluded and pampered than rural women who needed to work in the fields and veiling and covering themselves made such work more difficult, and it was done to escape harassment and show their status.

But the truth is, most modern people are gradually moving away from these sort of veiling, for example, in 1934, Turkey under Mustafa Kemal Ataturk, became the first Muslim country to ban the veil in his attempt to modernize his country. In 1936 in Iran, Reza Shah Pahlavi ordered the mass unveiling of women and ordered police to literally tear the veils off women on the streets.

My question for the MSSN therefore is where in the Qur’an does it spell out details about how woman should be covered and or specify any punishment for women who refuses to turn herself to a masquerade?

Even Sura 24:31 which reads: “And say to the believing women, to lower their gaze and guard their private parts and reveal not their adornment save such as is outward; and let them draw their veils over their bosoms and not display their beauty except to their husbands.” which they often quote, does not suggest total covering.

It must also be noted that one of the reasons most Islamists place so many restrictions on their women is the belief among most Muslims that when God divided up sexual desire he gave women nine times that of men.

Today, we see many countries including Saudi Arabia, freeing women from unnecessary restrictions. France for example, banned the veil in schools. In the United States, a woman was given a ticket for wearing a veil in Minnesota and an 11-year-old girl was kicked out of school in Oklahoma for wearing one. In Canada, women have been barred from courtrooms for wearing veils. In multi-cultural Trinidad, Muslim women are not allowed into schools if they wear veils.

So why should it be now that our own governments choose to approve it? A visit to University of Ilorin in Kwara State, Nigeria would shock a visitor.

According to the BBC “Most scholars, including the four main schools of Islamic jurisprudence, hold the view that Niqab is not an obligation. It is well accepted by all scholars that the Islamic Prophet categorically forbade people from covering their faces or hands during hajj, the pilgrimage to Mecca. If it was necessary that the hands and face be covered at all times, would he have stated its impermissibility during one of the most sacred points of the Muslim’s life? So why is the MSSN celebrating Lagos State Government action?

Apart from being a misogyny which claims a false basis in the divine, I believe over-zealous Islamists, as regards veiling and men keeping beards and wearing three quarters trousers and so on, has more to do with their wish to say: ‘we Muslims are different from the rest. We don’t look like you, or act like you, so we are better’ and that’s a delusion.

I ran into a Muslim friend, a young man whom I last saw about three months ago, and the next I saw him, he had a black dot on his forehead, had kept huge beards, was wearing three quarters trousers, and when asked what had happened to his forehead, he said it was god that miraculously put the scratch there while he was praying!

That is what extremism does to people, and why it is ‘imprisoning’ our women under various religious veils, as if they are a thing to be feared.

As We Go Into Nigeria’s 2019 Presidential Election
It Is Time Nigerians Vote Out APC!!! Enough Is Enough