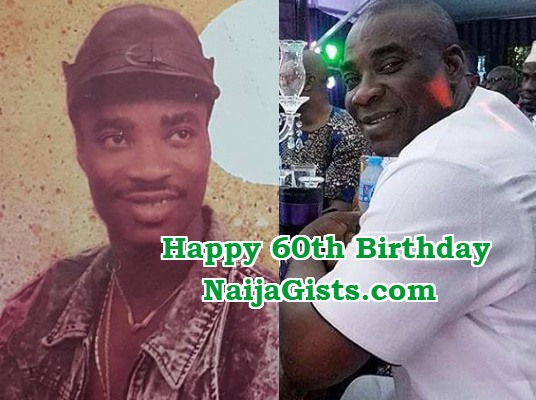 Dubbed the King of Fuji, Wasiu Ayinde who has been a constant face of Fuji music for close to 40 years was born as Wasiu Adewale Omogbolahan Olasunkanmi Ayinde Anifowoshe at Idumagbo area of Lagos Island on the 3rd of March 1957.

He is an Ijebu Ode Prince born to the Fidipote Ruling House Of Ijebu Ode.

Wasiu Ayinde could not complete his secondary education as a result of the untimely demise of his father.

Providence, however, took him to the musical group of the late Sikiru Ayinde Barrister where he became an instrument ‘packer’; but in fulfillment of destiny, an event that happened in 1974 permanently altered the course of his life, when, Barrister, the band leader, went on a trip to England and the entire band members had to wait for his return before they could start playing music again.

This experience made the young Wasiu Ayinde resolve to become a professional Fuji musician, leading to the birth of his own musical group. Though he debuted with his first album titled Iba (Tribute) in 1980 on the label of Adetunji Omo Aje records, owned by the incumbent Olubadan of Ibadanland, Oba(Dr) Saliu Akanmu Adetunji, K1 released his landmark hit album, TALAZO’84 in 1984 and has never looked back since, with a string of successful hit albums in quick succession like Tala’86, Dance For Me, American Tips, Fuji Collections, The Ultimate, Consolidation, History, Statement, among others.

Happy birthday to him.