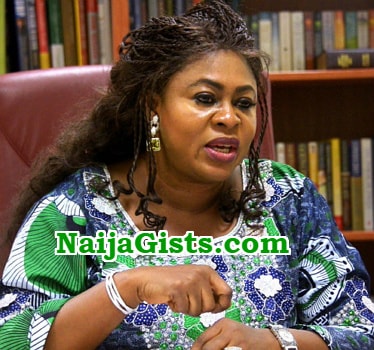 AMCON, the Asset Management Corporation of Nigeria has taken over Sea Petroleum Oil & Gas Ltd. and other assets belonging to Sen. Stella Oduah-Ogiemwonyi over an unpaid debt of about N20 billion.

The corporation in a statement by its Head, Corporate Communications, Mr Jude Nwauzor, on Friday said that Oduah-Ogiemwonyi had been having a running battle with AMCON over her inability to settle her huge debt of nearly N20 billion.

It said that in spite of overtures and genuine efforts made by AMCON to reach an amicable settlement, the senator and her co-promoters had remained recalcitrant. 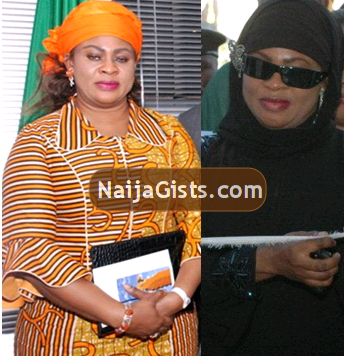 “Having exhausted all avenues of peaceful resolution of the humongous debt, AMCON had no other choice than to refer the matter to court,” the statement said.

It said that the order also affected the senator’s other business interests for which AMCON had since appointed Moyosore Jubril Onigbanjo (SAN) as receiver over the assets of Oduah-Ogiemwonyi; Sea Petroleum Oil & Gas; Sea Petroleum and Gas FZE as well as Star Tourism and Hotels Ltd.

The statement said that the court also ordered the freezing of the funds of Sea Petroleum & Gas and its affiliated companies and principal promoters, held anywhere by any entity or persons in Nigeria.

Also read : ‘Sabotage cause of Magodo gas fire’
It also authorised AMCON and its receiver, Onigbanjo to take over all assets pledged as collateral for the facility by Sea Petroleum Oil & Gas Ltd.
“In compliance with the order of the court, AMCON through its receiver, Moyosore Jubril Onigbanjo, SAN, today (May 18), simultaneously took possession of the assets of Sea Petroleum & Gas Ltd. and its affiliated companies.

“Justice Hassan specifically, ordered Sea Petroleum Oil & Gas Ltd. and its affiliated companies to hand over the company’s business, which sits on over 9000 square kilometres of land in the fastest developing area of Lagos State along the Lekki-Epe Expressway,” it said.

The court order also listed a host of other assets across the country, including Plot 2, Block 12C, Babafemi Osapa Crescent Lekki; Block 5, House 4A Mobolaji Johnson Estate, Lekki, and office/filling station at Jakande in Lekki, Lagos, among others.