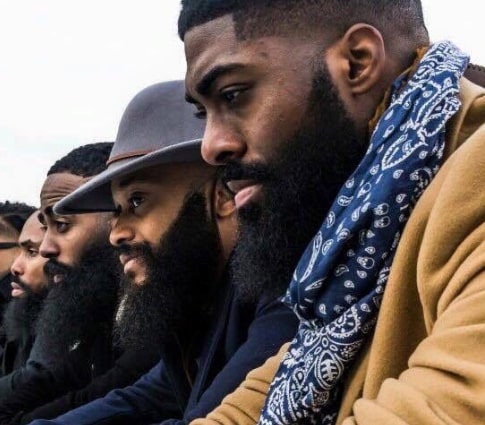 Ever wondered why a lot of youths in the FCT cannot do without keeping facial hairs or beards? When you take a walk in the streets of Abuja, you would find that eight out of 10 young men in their 20s or early 30s are sporting beards.

Even with some security risks associated with the habit, most youth still can’t do without it. They see it as a means of enhancing their masculinity or, to some extent, dominating their peers.

Investigations by Daily Sun showed that most youth believe that beards make them look older than their peers and people accord them more respect. They also said that they look stronger and more aggressive than their peers when they wear beard.

They also confessed that, to some extent, beards or facial hair gives them an advantage when wooing or competing for women because beards make men more fashionable and attractive,so , women easily fall for them.

John Okoh from Jabi, said he keeps beards because he cannot barb properly and he has also observed that average beards or facial hairs make a man more attractive to women then men with a clean shaven face.

“I don’t know how to shave properly and shaving gives me razor bumps, which I don’t like. Clean shaving is good but average beards makes a man more attractive and women easily fall for us because they feel we are older,stronger and can protect them.

Ademola James from Jabi said he keeps beards because it makes him look more mature: “The last time I barbed my beards, I looked like a little boy, I had no choice but to grow it back.”

Ogadinma Emma confessed that he is keeping beards because almost all his age-mates in his environment were doing the same but what he dislike about it is how society often linked young men with beards to insecurity and terrorism.”

“The other day time when I was traveling, we got to a check point, the security men asked only me to step out of the car and searched me.I was so embarrassed but I know it was my appearance that caused it.

Daniel Okereke from Mpape said he is keeping it because he has a bald hair and his girlfriend advised him to keep breads.

“ I keep beards because am bald on top, my girlfriend likes it,each time she is counting with her fingers it make happy.

Alechenu Amen a businessman in Nyanya said he started keeping beards because it looks fine on him but had to clear it when an old school mate told him that he couldn’t recognise him because of the beards.

“ I liked it but what is the need of keeping something that will make it difficult for people that knew before to recognise you.I just had to shave everything after receiving the same complain from two people,he said.

Meanwhile some ladies who spoke with our correspondent confessed that they like men with breads,that it make them look more attractive and sexy.

Loveth Leonard from Maitama confessed that she like men with beards and she was the person that encouraged her man to keep beards.

“My man has a bald hair, so I encouraged him to always clear the hair and leave the beards.That is his look now and it makes him look like a real and strong man.

Another lady Chidinma Ezeala agreed that man with well groomed beards are attractive and she like it.

However, a parent, Mary Shagu expressed displeasure over the new trend of youth keeping beards. She said it makes them look like suspects.

“My two sons are keeping beards but I don’t like it.I have been talking but they don’t want to listen.When they carry large beards, it makes most people attribute them to what they don’t know. It even make them to look older than their peers, she lamented