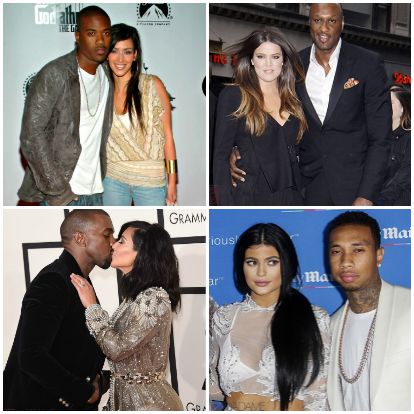 Khloe Kardashian recently speaks up on her official application about the topic of interracial relationships, after a fan told her about her own experiences.

You want to know Khloe’s stance on haters who judge those, like herself, who date someone of a different race?

One of Khloe Kardashian‘s loyal fans, a girl named Kelsey Wells, shared a personal story with the Good American designer about the scrutiny she’s faced in the South for being in an interracial relationship. Khloe, 32, recounted Kelsey’s story on her app: “Interracial dating in today’s society is still looked down upon by many people,” Kelsey wrote to Khloe.

“I am a woman who dates a man. Why can’t it just be that simple?” Kelsey said that everywhere she and her boyfriend go, “there are always stares. People often make rude comments and gestures toward us. I brush it off because I know the man I love is human.” “Thank you Kelsey for talking about this important issue,” the “Keeping Up With the Kardashians” star wrote back.

“I don’t support racism or discrimination of any kind and I especially don’t understand why some people are still against interracial relationships. Like who the ‘F’ cares anymore?! It’s so crazy because we’re all human beings capable of love so why does skin color have anything to do with it?”

Khloe and her family have faced strange criticism in the past for their relationships with black men, so she knows what Kelsey is talking about. Khloe got into a heated conversation with comedian Pauly Shore during an episode of her cancelled talk show, Kocktails with Khloe back in March 2016, after he asked her, “All you guys date black dudes. Don’t start with the whole black going back bullsh*t, but what is it?”

Khloe was visibly taken aback, as Pauly pressed the issue, saying that almost everyone in the family is dating or married to a black person. “A lot of guys want to have sex with you and they’re like, ‘F**k, I’m not black. I can’t hook up with her.’” Gross! Khloe’s made it clear; those kinds of statements are crossing the line, and she really doesn’t give a hoot what anyone thinks, anyway.