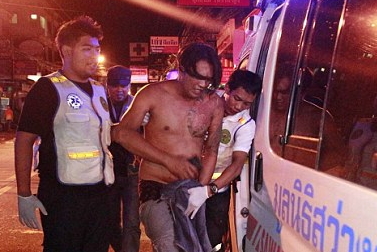 The deceased, 33-year-old Kawinnart Saezong chopped off the penis of her 38-year-old husband, Niran Saewang in the early hours of Saturday after she learnt of his multiple infidelities.

She later drank pesticide and was declared dead on Monday at a local hospital in Phayao province.

Saewang who survived the attack got his penis reattached at Lampang Hospital.

Though his Penis reattachment surgery was successful, doctors said he could urinate but will no longer be able to perform sexually again due to damaged nerves.

Photos: Maternity Clinic Owner, Midwife Arrested For Stealing Newborn Baby In Ifo Ogun State
Ohio Mother Who Claimed She Killed Her Children To Save Them From ‘Evil World’ Charged With Murder