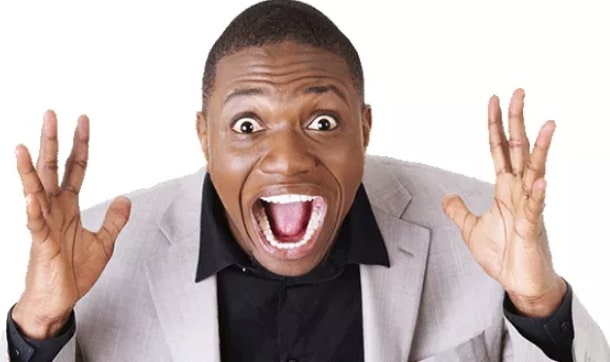 A man has allegedly been stabbed by his wife for interrupting her sex session with her lovers after he caught the trio red-handed in the act.

Tinei Muchena was said to have gotten the shock of his life when he caught his wife pants down with two men in their matrimonial bed.

To his surprise, his unapologetic wife allegedly left him nursing wounds after she stabbed him for interrupting.

Iharare quoted B-Metro as saying that the matter came to light after Nelia Ndlovu was hauled to court by her husband for allegedly assaulting him.

The court heard that on 29 April 2019, Muchena knocked off from work around 8.00pm and headed straight home.

Upon arrival at his residence in Mbuzo, he was shocked when he found two male seated on his bed.

He then quizzed the duo what they were doing in his bedroom let alone naked on his bed.

This, however, infuriated Ndlovu who started accusing Muchena of entering without knocking.

An altercation was reported to have broken out leading to Ndlovu drawing a knife and stabbing Muchena on the right hand and he sustained cuts on the fingers.

He was then scurried to the hospital where he received stitches on the fingers that were left dangling by the wife.