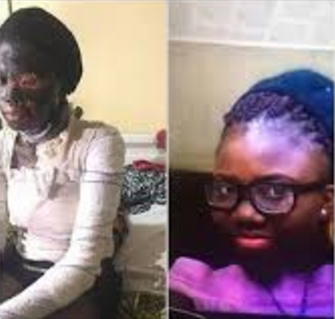 June 30, 2017 – Jealous Housewife Pours Acid On Girl, Co-tenant Who Snatched Her Husband In The Dream In Delta State

A woman has been arrested for attacking her co-tenant with acid after she dreamt about her snatching her husband.

During Police investigation at Okpanam Police station in Oshimiii , the accused alleged that the victim snatched her hubby and took over her matrimonial home in her dream so before she carried out her mission in the physical, she decided to disfigure her.

Sadly, doctors revealed  that the victim has lost one of her eyes and will never be able to breastfeed again when she eventually get married.

The suspect was arraigned in court yesterday.