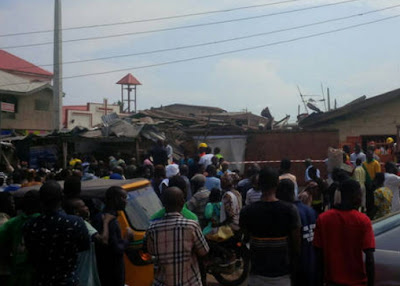 A mother of four caused a scene when she descended on her husband at a popular beer parlour in Olodi Apapa over the weekend.

According to Leadership News, the suspect identified as Agnes Onyekachi caught her husband lavishing money on three women at the beer parlour located on Idewu Street.

Angered by her husband’s careless spending, the mother of 4 broke a bottle and stabbed him.

She allegedly accused the man of never taking her out throughout the 12 years of their marriage.

The three women reportedly fled the scene when the madam stabbed her husband.