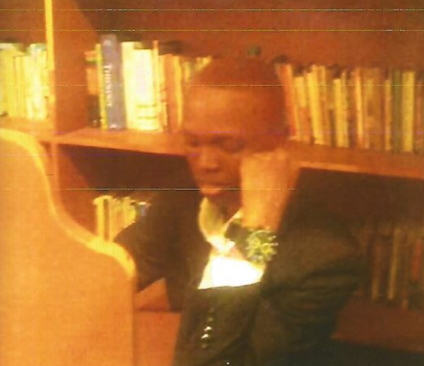 Joseph Ijewere, a 29-year-old man from Ubiaja, Esan South East L.G.A of Edo State, who has been parading himself as a medical doctor attached to the National Hospital, Abuja has been arrested for allegedly stealing the sum of N2.7 million belonging to Masters Furniture Limited located at Agungi Area of Lekki, Lagos.

Problem started for Ijewere when he went to the company’s office inLekki to price a set of chairs and was given a bill of N3 million.

The suspect, according to the police, left the office with a promise to remit the money to the account of the company for the payment of the chairs. Police alleged that instead of the suspect remitting the money as promised, he allegedly hacked into the account of the furniture company where he discovered that another customer had paid the sum N3 million to purchase a set of chairs.

Police further alleged that after two days, the suspect went back to the furniture company to inform the manager that he was no longer interested in the purchase of the furniture and that he needed his money back. The manager was said to have told the suspect that since their bank had surcharge them for the money, he could only refund the sum of N2.7 million to him.

The manager remitted the money back to the suspect who withdrew it and disappeared. Police alleged that, after few days, the rightful owner of the money who remitted it into the furniture company’s account surfaced to collect the furniture he had paid for.

That was when it dawn on the manager of the furniture company that he had been duped by the suspect.

Following the development, the manager of the furniture company reported the incident to the Divisional Police Officer, DPO in charge of Ilasan Division, Lekki, Lagos, S.P Onyinye Onwuamaegbu who directed a team led by Inspr. Orukotan Lonikola to fish out the suspect.

Following a tip off, the police arrested the suspect at a hideout. During investigation, the suspect allegedly confessed to the crime and said that he was not a doctor and that he used common sense to defraud the complainant.

Ijewere was arraigned before an Igbosere Magistrate Court, Lagos on two-count charge of stealing.

Police prosecutor, Cyriacus Osugi said the offences were punishable under section 409 and 285 of the Criminal Laws of Lagos State, 2011.

The accused pleaded not guilty to the alleged crime and Magistrate Mrs. A.T Omoyele admitted him on bail in the sum of N500, 000 with two sureties in like sum.

Omoyele adjourn the case till 31 July, 2017, while the defendant was remanded at Ikoyi Prison, pending when he will be able to fulfill the bail condition.

Photo: Kidnappers Planning To Use Ransom From Victims To Travel To Dubai Arrested In Minna
Wife Divorces Husband Of 13 Years Over Seizure Of Menstrual Pad