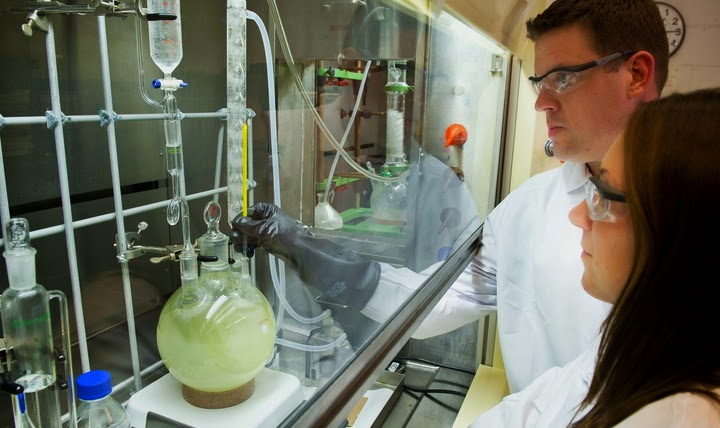 A popular American professor has exposed the real reason behind Ebola virus outbreak in West Africa.

Francis Boyle recently answers questions for TVXS.GR and revealed that the United States of American has been using West Africa as an offshore to circumvent the Convention on Biological Weapons and do bio-warfare work.

Boyle is a leading American professor, practitioner and advocate of international law. He was responsible for drafting the Biological Weapons Anti-Terrorism Act of 1989, the American implementing legislation for the 1972 Biological Weapons Convention. 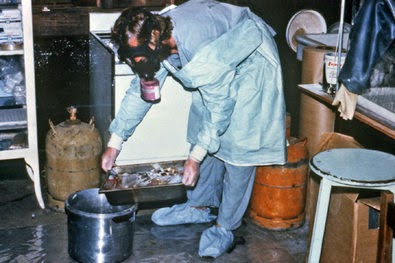 He is also the author of “Biowarfare and Terrorism”. The book outlines how and why the United States government initiated, sustained and then dramatically expanded an illegal biological arms buildup.

He was interviewed by Aggeliki Dimopoulou. Read excerpt below:

Is Ebola just a result of health crisis in Africa – because of the large gaps in personnel, equipment and medicines – as some experts suggest?

That isn’t true at all. This is just propaganda being put out by everyone. It seems to me, that what we are dealing with here is a biological warfare work that was conducted at the bio-warfare laboratories set up by the USA on the west coast of Africa. And if you look at a map produced by the Center of Disease Control you can see where these laboratories are located. And they are across the heart of Ebola epidemic, at the west coast of Africa. So, I think these laboratories, one or more of them, are the origins of the Ebola epidemic.

US government agencies are supposed to do defensive biological warfare research in these labs. Is there any information about what are they working on?

Well, that’s what they tell you. But if you study what the CDC and the Pentagon do… They say it is defensive, but this is just for public relation purposes than anything. It’s a trick. What it means is what they decide at these bio-warfare labs. They say, “well we have to develop a vaccine”, so that’s their defensive argument. Then what they do is to develop the bio-warfare agent itself. Usually by means of DNA genetic engineering. And then they say, “well to get the vaccine we have to develop the bio-warfare agent” – usually by DNA genetic engineering – and then they try to work on the vaccine. So it’s two uses type of work. I haven’t read all these bio-warfare contracts but that’s typical of the way the Pentagon CDC has been doing this since at least the 1980’s. I have absolute proof from a Pentagon document that the Center of Disease Control was doing bio-warfare work for the Pentagon in Sierra Leone, the heart of the outbreak, as early as 1988. And indeed it was probably before then because they would have had to construct the lab and that would have taken some time. So we know that Fort Detrick and the Center for Disease Control are over there, Tulane University, which is a well-known bio-warfare center here in USA – I would say notorious for it – is there. They all have been over there.

Are we being told the truth about Ebola? Is that big outbreak began all of a sudden? How does it spread so quickly?

The whole outbreak that we see in the west coast of Africa, this is Zaire/Ebola. The most dangerous of five subtypes of Ebola. Zaire/Ebola originated 3500 km from the west coast of Africa. There is absolutely no way that it could have been transmitted 3500 km. And if you read the recently published Harvard study on the DNA analysis of the west Africas’ Zaire/Ebola there is no explanation about how the virus moved there. And indeed, it’s been reported in the NY Times that the Zaire/Ebola was found there in 1976, and then WHO ordered to be set to Porton Down in Britain, which is the British equivalent to Fort Detrick, where they manufacture all the biological weapons for Britain. And then Britain sent it to the US Center for Disease Control. And we know for a fact that the Center for Disease Control has been involved in biological warfare work.

And then it appears, at least from whatever I’ve been able to put together in a public record, that the CDC and several others US bio-warriors exported Zaire/Ebola to west Africa, to their labs there, where they were doing bio-warfare work on it. So, I believe this is the origins of the Zaire/Ebola pandemic we are seeing now in west Africa.

[Excerpt from Professor Francis A Boyle interview with tvxs.gr]