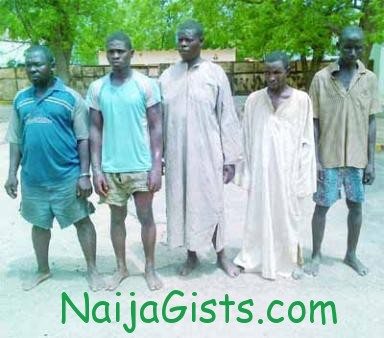 Boko Haram militants inflicting terror on innocent Nigerians have gotten more than what they bargained for after the arrest of 11 members of the cult in a raid on their hideout in Biu, a town in Borno State Nigeria on Tuesday. naijagists.com

During the raid, 19 IEDs, Seven AK-47 riffles and 1578 rounds of ammunitions were recovered.

Here is a confirmation from Lt Colonel Saqir Musa:

“We carried out a raid on a suspected hideout of Boko Haram terrorists in the town of Biu late Tuesday… where we arrested eleven suspected members of the terrorist group,”