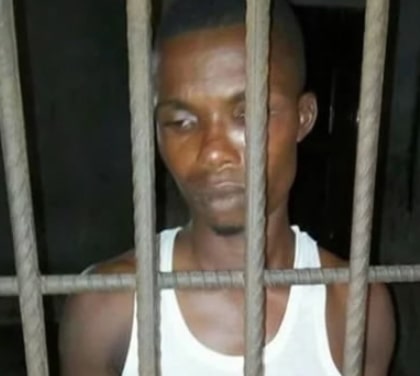 A randy man  has been arrested by the police for allegedly raping a 14-year-old girl., The Nation is reporting.

According to Mike Odiegwu, the victim was also defiled about two years ago by another man, who impregnated her.

The latest rape was said to have occurred on Wednesday at a hotel in Ekeki, Yenagoa, the Bayelsa State capital.

The victim said the 45-year-old married man lured her with an employment offer at the Ministry of Women Affairs. 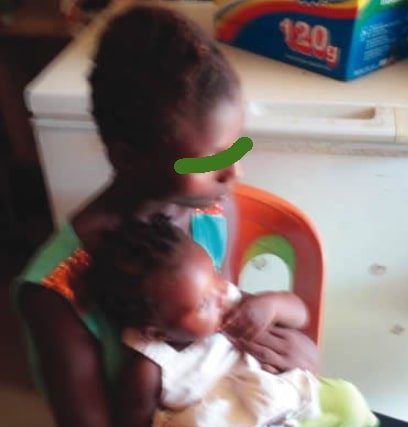 “On Wednesday, I was at home. The man, a friend to our neighbour, came to my house and told my mother that he wanted to take me to the Ministry of Women Affairs. He said the government was empowering minors who have given birth. So, my mother asked me to go with him.

“We stopped at a bank and he withdrew money. We headed for the ministry. When we got to there, he went inside and came back later to inform me that they asked us to come back by 10am the following day. As we were going back, he said I should wait. I checked my bag to take money so that I could board a commercial tricycle home. Unfortunately, I could not find the fare my mother gave.

“The man asked me to wait. That he would take me home. He stopped a tricycle operator and discussed with him. I did not know what they discussed. The operator carried us and drove past our area. I drew his attention to it and he said somebody called him and that he was going to see the person. He said I should not bother because he would bring me back home.

“The tricycle operator took us to a hotel at Ekeki, behind Christ Apostolic Church. My baby and I stood outside the hotel. The man beckoned to me to come inside. I told him I wanted to go home, but he insisted I should come. When I refused to go inside, he came to me, pushed me inside the room and locked the door.

“I shouted, but nobody heard me. I later learnt that the manager of the hotel had gone to buy petrol. I screamed, but the man forcefully took my baby from me and threw her on the floor. Thereafter, he pounced on me and raped me.”

The teenager said she had bruises and blood stains in her private part.

She said in pains, she carried her baby and went to Ekeki Police Station to lodge a complaint.

“The police followed me to the hotel and confronted the manager, who told them that the man came earlier to book an accommodation that he and his wife and daughter would lodge till the next day.

“The manager said that was why he went to buy fuel before we came that would last till the following day.

“The police gave the manager their number and told him to alert them whenever the man came to the hotel so that they would arrest him. They kept me at their station until about 7pm.

“I did not have any money, so I trekked from Ekeki. I met my cousins on the way, who helped me to carry my baby. I narrated what happened to them.

“When I got home, I told my mother what happened. Later policemen came to look for the man in our area. Thereafter, the manager alerted the police and they arrested the man at the hotel.”

The victim’s mother said the man capitalised on her daughter’s predicament to rape her.