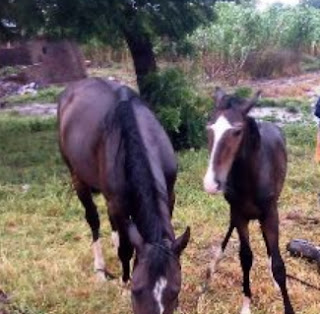 Antigha said the feat was part of efforts by the armed forces to degrade remnants of the insurgents in the North-East.

He said the troops in furtherance of the clearance operation smoked out Boko Haram insurgents in their hideout at Gambo Yakku forest.

The spokesperson said two fleeing insurgents riding horses were killed by soldiers in a gun duel at Aisaram village.

“Boko Haram terrorists fleeing from the ongoing clearance operation in one of their hideouts in Gambo Yukku forest have been killed by troops of 5 Brigade Garrison, Gubio, Borno State.

“Troops were on routine patrol at Aisaram village of Gubio Local Government Area, as part of the clearance operations.

“At about 6: 20 a.m, two Boko Haram terrorists riding horses attempted to outflank patrol team, but were spotted by vigilant troops and shot during the fire fight,” he said.