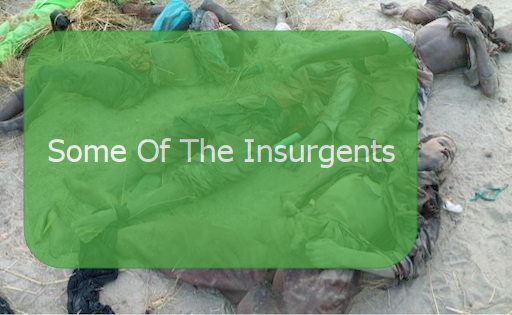 The Nigerian Army lost two heroes on the battle front around 6:30am yesterday in an ambush attack carried out by the dreaded Boko Haram sect in Abadam village, Borno.

According to a statement issued by Army Spokesperson in Abuja today, the military exchanged fire with the fully-armed terrorists yesterday and killed 15 of them before others escaped with gunshot wounds.

Sadly, 2 soldiers died in the process while 4 others sustained injuries.

Items recovered from the terrorists include one 60mm mortar bomb, a Machine gun, 3 damaged AK47 Rifle and 60mm Mortar tube.

The injured soldiers and their deceased colleagues have been evacuated.