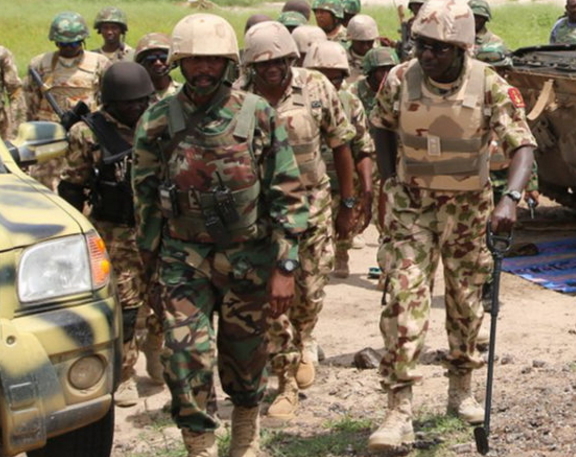 The Nigerian Army yesterday confirmed the death of 3 soldiers and an officer killed in Borno state on Thursday the 28th of June 2017 during their routine patrol operation.

The patrol vehicle reportedly encountered an IED buried on the road between Alagarno village and Kangarwa by suspected Boko Haram militants.

Army Spokesman, Sani Usman said 3 other soldiers sustained injuries while the patrol vehicle was ripped apart by the impact of the bomb.

Usman added that the suspected terrorists who planted the bomb and hid themselves in the bush had been neutralized.