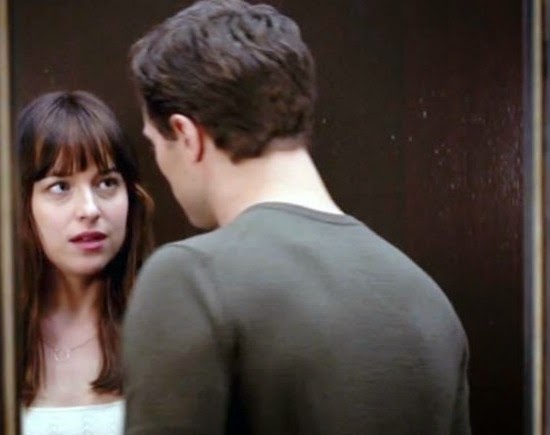 The movie about a controversial erotica ’50 shades of grey’ that came out recently has started showing in cinemas across the world.

Movie critics have given the movie 1.5 star out of 5 for being too violent. 50 Shades of grey has been rated the worst film ever.

Australian morning show star, Lisa Wilkinson said her hubby was really excited to watch the movie with her. Lisa said he hoped for a turnaround in their bedroom style but the movie didn’t do the job.

Lisa reviewed 50 shades of grey for Mamamia and here is what she said;

“Fifty Shades of Grey is, quite simple, the worst movie I’ve ever seen. Don’t waste your money.

With a script that makes Mills & Boon read like bleedin’ Dickens, and lines like, “I don’t do romance”, Jamie Dornan as Christian Grey is the 30-something jerk of a billionaire who never seems to work. An emotionally crippled narcissist no one could love.

Meanwhile, Dakota Johnson is the one-dimensional, lip-biting (could someone please get that girl a chapstick!) totally pathetic Anastasia Steele, who for no discernible reason falls in love with the aforementioned jerk and, single-handedly, sells women across the world short.

The movie has been watched by over 500,000 people worldwide.

Christian groups have started condemning the book author, movie producers over the strong sexual content embedded in the movie and the violent nature of the erotica.

Have you watched 50 Shades of Grey, what is your take on it?