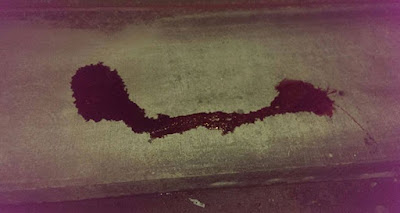 A 70-year old woman, Mrs. Saratu Rahman, aka Iya Ogbomoso, from Offa, in the Offa Local Government Area of Kwara State, has killed herself with a razor blade.

Our correspondent gathered on Monday that the woman, a mother of four, cut her throat with the razor blade.

A neighbour, who identified herself simply as Yetunde, said when she and other neighbours heard Rahman screamed, they rushed to her room and saw her in a pool of blood.

She stated that they contacted the police, adding that she was later rushed to a hospital where she was treated for two days before she eventually died.

She said, “When we got into the room, we saw Mama in a pool of blood. We invited the police. She was rushed to the Lamode Hospital. The policemen later found the blade that Mama used to cut herself.”

In a self-confession audio tape of the septuagenarian, which was made available to PUNCH Metro, Rahman said, “ I used a razor blade to cut my throat. Please allow me to die; I don’t want to live in this world again.”

Photo: Victor Essiet Arrested By Police In Akwa Ibom State For Refusing To Show Up At Concert
Boko Haram Financier, Leader Behind Trafficking Of Weapon In Nigeria Arrested In Chad