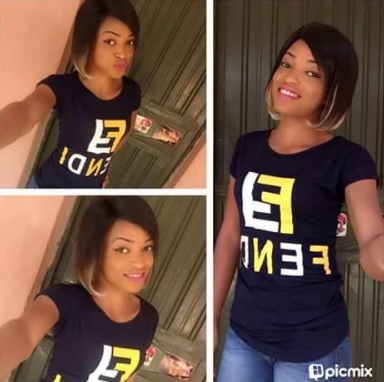 December 2nd, 2016 – A Tribute To NYSC Corper Who Died Of Doctors Negligence In Kano

She came, She saw but they never allowed her to conquer: A Tribute to Late  Oladepo Ifedolapo Amoke NYSC Batch B 2016

You called home 5hrs to your death and told your sister (a Nurse) to start coming as the NYSC doctors are not doing any thing for you, they thought you were pretending because you did not want to go for parade so they did not attend to you, when you started calling people from home they eventually gave you an injection, immediately after the injection you called again that you notice a lot of rashes on your body that she should speak with the doctor who refuse to talk to her, you called five minutes later and told her your tongue is twisting they sent all your friends out after seeing all the reaction on your body.

After giving you an unknown injection, you requested for a flight home and a call was placed immediately, they told your sister Abuja flight is Mon.,Wed. & Fri. You were told to tell anybody in the clinic that your sister is a nurse they should allow her speak with them, a male nurse took the phone from you and told her you are having Anaphylaxis (reaction) and they will watch you for just one hour and transfer you to Aminu Kano Teaching Hospital but alas they did not transfer you until 5hours later when they notice you were restless and calling people at home, your sisters boarded a bus going to Kano to come pick you from there, they were begged to take you to a teaching hospital around but they took you to General hospital, Gwazo where they have nothing or little care to render.

They took your phone from you claiming you were not resting, from that 5pm no one could talk to you, It took a 16 hours journey to make sure your sisters get to you, but they were called around 3am that you gave up, without any doctor in the hospital to assist you the only nurse on duty told your sisters she tried her best, her best of staying beside you when death was taking you away because there was nothing to use, from that 3am till your sisters got to Kano they were hoping it will only be a mix up somewhere that it can’t be you, they got to Kano and met you at Aminu Kano mortuary, alas it was you being put in that cold place.

Amoke you couldn’t withstand the agony, NYSC caused your death due to negligence.

Continue to rest till that glorious morning.