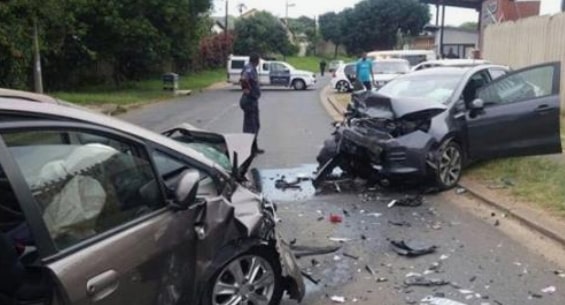 At least 19 people were confirmed dead and seven others injured in a ghastly auto crash on Sunday, that occurred at Dinyar Madiga in Takai Local government area in Kano state.

The National Union of Road Transport Workers,(NURTW), chairman in the area Malam Datti Musa Shawu confirmed the development to newsmen.

An eyewitness at the scene of the accident said that 21 persons died instantly, while six vehicles were involved.

He added that two of vehicles were said to have got burnt.

“19 died in an Auto crash that occurred yesterday at Dinyar madiga village, few kilometres from Takai town of Kano State.

“The incident occurred at about 1810hrs and 4 vehicles were involved; a bus belonging to Kano line mass transit, a Sharon car, Golf and a Honda Civic car.

“The Corpses and injured were conveyed to Takai General hospital by FRSC rescue team from wudil unit Command.”

“The probable cause of the crash was as a result of over speeding and dodging of potholes.”