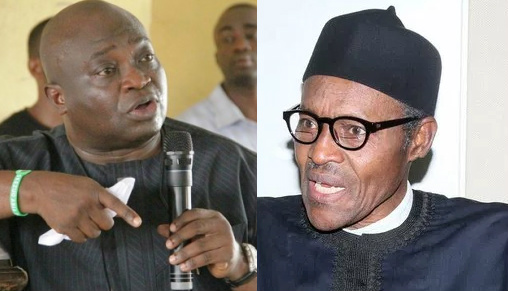 The governor of Abia State, Dr Okezie Ikpeazu on Sunday praised President Buhari for his decision to agree to withdraw soldiers from Umuahia’s streets.

IKpeazu also hailed the President for the confidence reposed in the South East governors to handle the issues concerning the Indigenous People of Biafra (IPOB).

The governor said that the near bloodbath which was avoided, “would have set back all we have done in the past two years in projecting the made in Aba products which will boost the revenue base of the state”.

He spoke during a visit to the Abia State Nigerian Union of Journalists (NUJ)secretariat to sympathise with journalists over the invasion of the secretariat by some soldiers last week.

Ikpeazu described the Igbo as the only group of people that showed true reconciliation after the civil war having found their way to all parts of the country and living peacefully with others.

He said reports available to him from leaders of Igbo union from the North show that over 11.6 million Igbo were living in the north.

Continue Reading
You may also like...
Related Topics:abia, Buhari, governor

Rev Father Mbaka Comments On Biafra, Accuses Igbo Leaders Of Using Youth Agitators As Sacrifice
Kanu Can’t Keep His Family In UK & Come To Nigeria To Cause Trouble, We’ll Deal With Him – Rogers