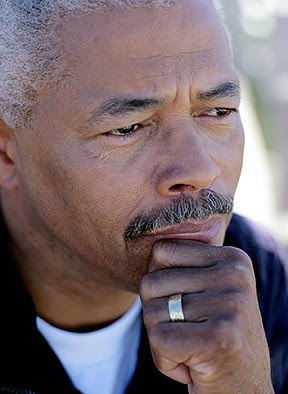 If you are observant enough, you will notice him in markets – an aging, cosmopolitan gentleman haggling with the market woman pricing pepper, fish, okro and vegetable oil. His age, generally 50 and above. At other times, you see him in the high brow areas of major cities doing his shopping at the mall. If he is no longer in paid employment, he spends much of his time at the Club house.

There is a club patronised by such elderly live-alone men in old Bodija in Ibadan. He lives a relatively quiet life at home – no chattering or running around of children. Except, perhaps, for the occasional female visitor, that is for those still with libido, the house environment has an unnerving serenity. The above scenario typifies the changing times for the family set-up, especially for fathers in middle and upper class families in Nigeria.

The ageing Nigerian husband and father is facing a silent revolt – a gang-up against him by wives and children who have chosen to remain abroad. The irony of it all is that it is the successful husbands and fathers who are mostly in this bind. Men took different routes to this common destination of loneliness in their twilight years.

Many had travelled abroad, often to Europe, the US and Canada in their youth in search of the golden fleece, got married either to fellow Nigerians or ladies in their countries’ of residence, acquire higher education, raise families and look forward to a life of bliss thereafter. While some returned home immediately after their education, others stayed back to also get their children educated before returning home.

Some went abroad as employees of government agencies or international organisations with their families or raised families at their duty posts and either returned after their tenure or stayed back. Some men returned while the wives stayed back – different strokes. We have a large number of stay-back wives in Maryland, New York and Atlanta, all in the US, among others. There is a third category of those who went abroad under the US Visa lottery. In all, going abroad were happy moments, then, and in some cases, all the children of many couples ended up going abroad. Many fathers of such children are no longer smiling. Yet, the rush to America and Europe continues.

With Nigeria’s worsening economic problems, those who never came back stayed put while the problems forced the children of many returnees back to the countries where many are citizens. Meanwhile, the returnee parents are getting older as well as those who never went abroad but had children there.

The returnees and the locals are now in the same boat. In their active, younger days, many parents travelled abroad on vacations to see their children. Now retired or approaching retirement age, many parents are either financially or physically not able to make the journeys again, while some refused to visit to protest the children’s non reciprocation.

Then, the music changed, bringing about current woes of many men, in spite of some putting a bright face to it. This time, wives started travelling abroad, ostensibly to help take care of their grand children abroad. That was when husbands’ problems began. You would think there was a National Conference for Diaspora-bound Grandmothers at which a road map was distributed.

This is because experiences of many marooned husbands are similar: initially when the first grandchild is born, the wife travels abroad and spends about three months. She returns home, spends about nine months to a year and when the second grandchild is born, she either spends six months or stays back permanently. For those who come back after the second trip, the third is for a permanent stay.

Welcome to the phenomenon of the husband ‘bachelor’. What I have found amazing about this category of men living alone, following their wives’ relocation abroad, is that many are not contemplating taking a second wife. Even those in their early 50s who are still randy avoid serious relationships while those who contract temporary marriages soon abandon the venture. I was to learn that the decision against taking a second wife, for many, is generally financially based, given the rising cost of education.

“How do you expect me to start training a child from kindergarten at this age”, noted a 60-year-old Ibadan resident whose wife and children are in the US. He says he draws inspiration from more elderly people who are in their 70s and in similar situation. He, however, concedes that he feels the absence of his family most during festive seasons when the loneliness hits him. Some not so solvent again take consolation in the dollars and pound sterling from their Diasporan children. Even then, not all are so lucky. It’s a matter of different strokes.

There are those who take in house helps, often with unpleasant experiences. An oil company retiree with a big house in upscale Lekki area of Lagos said house helps can be so unappreciative of your assistance and can walk out on you anytime. He narrated an episode where the driver threw the car key at him in the middle of nowhere, knowing that he had not driven for a long time.

A common concern among elderly husbands living alone is the health hazard, the dread of falling ill in the middle of the night with no one to assist. There was the story of a man in the Alagbole area of Ogun State who had died three days before the door was forced open when he did not attend a Tuesday church meeting. Many ‘single’ husbands say their wives are always persuading them to come over, that the wives wonder why the husbands choose to stay in the hell hole called Nigeria. Although a few claim they enjoy cooking, many of the live-alone husbands say they don’t find it funny going to the market.

Some husbands follow their wives abroad. According to a FESTAC Town, Lagos resident,” When the second invitation came for my wife to come to London, I told my son he has to send tickets for two, that I can’t stay back again”. After six months, they returned home, but when the wife was to go for the third and extended stay, he declined following. “I find it very boring”, he lamented. There are some husbands who refused to allow their wives travel abroad to help take care of their grandchildren. One such husband insists: Why should they take my wife away, I raised them, they too must raise their own children.

The problem of absentee wives and lonely husbands is part of an overall trend of separation in the family. Economic factor, especially employment, has also contributed to the dispersal of the family, even at local level where, for example, a husband works in Lagos and the wife in Abuja, with dire consequences for family cohesion.

Prof. Adelani Ogunrinde, a former Vice-Chancellor, National University of Lesotho, while delivering the Second Commencement Lecture of Bowen University, Iwo on October 16, 2008, highlighted, almost in lamentation, this phenomenon of the dispersed family using his family as an example: He lives in Lesotho, the wife in Abuja and the children in North America. He died about two years later, with the family still dispersed.

About The Author: Dr. Olawunmi is a lecturer, Department of Mass Communication, Bowen University, Iwo, olawunmibisi@yahoo.com -[Culled From Punch]