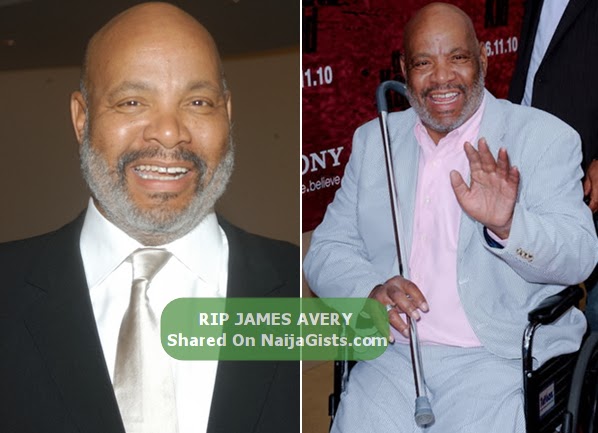 One of my favourite Hollywood actors has died.
The man in question is Uncle Phil of The popular Fresh Prince of Bel Air TV show.

The popular Hollywood actor James Avery passed away on Tuesday night in Los Angeles after a long time battle with an undisclosed ailment turns into complication during surgery.

According to fellow Prince of Bel Air actor Alfonso Ribeiro who played his son on the popular TV show, James Avery died last night at age 65.

James Avery’s death was made public on Facebook few hours ago.

Check out what Alfonso said:

“The world has lost a truly special man. I am very saddened to say that James Avery has passed. Even though he played my father on TV, he was a wonderful father figure to me in life. He will be deeply missed”

What a loss! Uncle Phil will be truly missed.

May God comfort his loved ones and may his soul rest in eternal peace (amen).