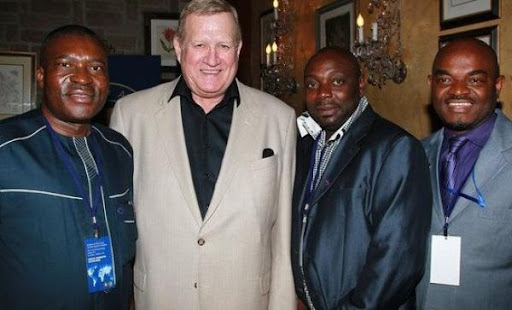 President of the Actors’ Guild of Nigeria, Ibinabo Fiberesima and her executives were over the moon when a recently acquired 17 seater guild bus was dedicated.

The dedication, which took place at the AGN national secretariat, Surulere, Lagos, had several members of the guild in presence.

While the president thanked the board members of the guild, she also used the opportunity to reel out some of her achievements which include medical insurance and medical test of all members amidst other things.

Present at the occasion were Segun Arinze, Sunny McDon, Charles Novia, Best of Nollywood producer, Seun Oloketuyi amidst many others.

The dedication, which afforded the guild and its members to throw a party on Tuesday, May 7, 2013, also saw the president taking members and few invited guests the newly renovated AGN national secretariat.