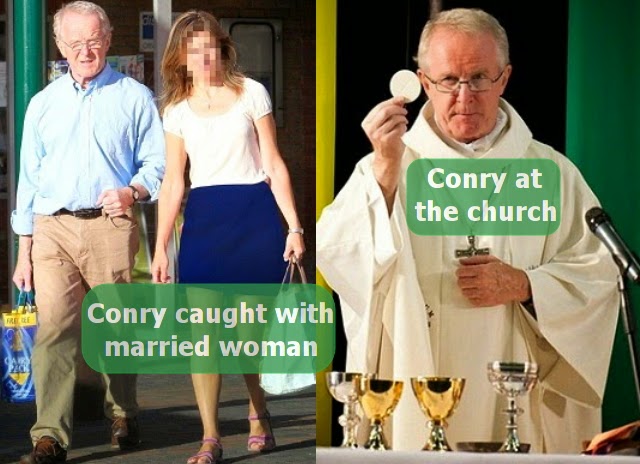 Kieran Conry, a top Roman Catholic Bishop has tendered his resignation letter after his shameful affair with a 43-year-old married woman.

The 63-year-old Bishop of Arundel and Brighton in his confession on Saturday said he’s glad the secret affair was exposed.

‘I’m so glad my affair secret is out.’ ‘It has been difficult keeping the secret,. ‘In some respects I feel very calm. It is liberating. It is a relief. I have been very careful not to make sexual morality a priority [in his sermons]. I don’t think it got in the way of my job, I don’t think people would say I have been a bad bishop. But I can’t defend myself. I did wrong. Full stop,’ .

In a handwritten love letter dated earlier this month, he wrote to the 43-year-old woman:

‘It’s all right to say that [your husband] did bad things, but you knew that he didn’t love you. You know (I hope) that I did. And I did, and do.’ The letter was signed: ‘your K xxxxxx.’

He however denied that they had a sexual relationship, although he admitted she had stayed at his house in Pease Pottage, West Sussex.

Conry is also been accused of a second affair with a married parishioner 20 years his junior, who spent at least three nights at his home. Meanwhile, the woman’s husband threatens to sue church bosses who he claimed knew of the affair for years.