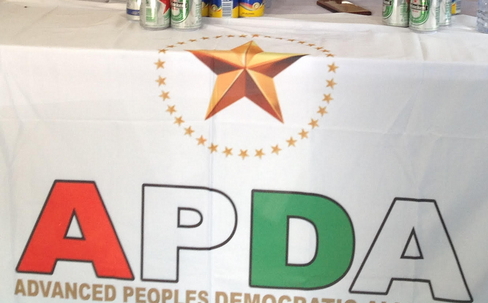 Newly registered political party,the Advanced Peoples Democratic Alliance (APDA) has hit the ground running with a threat to upstage the ruling political party in Anambra,APGA as well as assuming the position of the strongest opposition to the APC in the entire federation.

Addressing journalists during the week at Ukpor near Nnewi in Anambra State,the interim state chairman of APDA,chief (Barr) Obunike Ohaegbu disclosed that the party would be the number one opposition party in Nigeria before 2019. 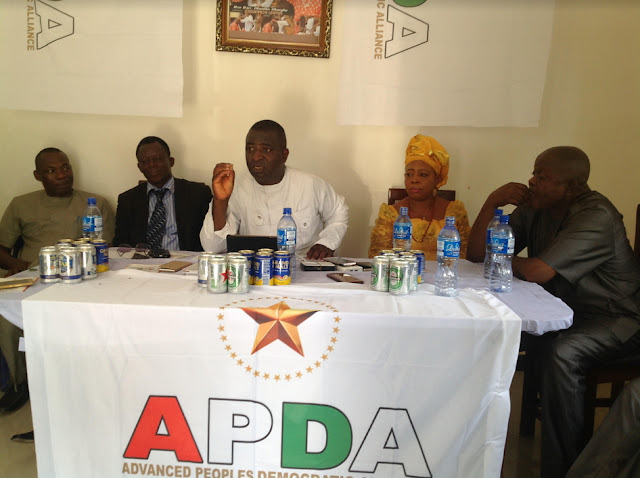 According to Barr Ohaegbu,the party would be open and gender sensitive such that it is committed to achieving 30 percent of all party and public office positions to women and 25 percent to youths while the physically challenged is allotted 5 percent.

Barr Ohaegbu refused to acknowledge some of the achievements of APGA in the state but rather lampooned APGA saying that APGA government has been a drain in the coffers of the state.

He accused Gov Willie Obiano of being wasteful alleging that his government was mortgaging the future of the state by borrowing huge sums of money for yet undisclosed projects.

“In APDA,we are going to build the party to be stronger than any person.We are going to introduce electronic primaries so that every member of the party will vote before any candidate of the party for an election is chosen.This is because we have looked at the electoral space and we found out that the major problem we have in advancing our democracy is the process of choosing candidates who fly party flags in elections.”

“We will not tolerate a situation where somebody can just fly in and become candidate of a political party for an election even before registering as a member of the party,”Ohaegbu warned.

He further warned APGA hierarchy to desist from using Dim Odumegwu Ojukwus head burst as the logo of APGA since according to him,Ojukwu was an acknowledged Igbo leader whose identity cuts across party lines.

It would be recalled that the Advanced People’s Democratic Alliance (APDA) was unveiled on June 6th by INEC alongside other newly registered political parties with Alhaji Shittu Mohammed Kabiru as the interim national chairman.

The interim national secretary was announced as Dr Emeka Okengwu.