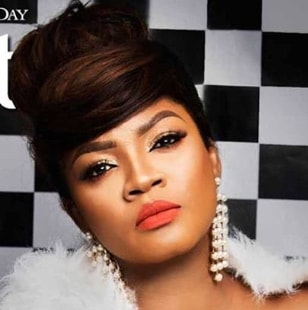 The actress is unhappy that no African movie made it to the 2019 Oscars final nomination list.

She made the disclosure in an Instagram post where she conveyed her thoughts on the nominated movies.

“The Nominations are Out! So glad Most of the Movies I nominated made it. Next , Voting to determine the Winners!… Wasn’t So Exited No African Movie made it ! Someday soon we will Be doing this for Africans!…”

Hollywood movies like ‘Black Panther’ earned seven nominations. while Roma and The Favourite earned 10 nominations each.