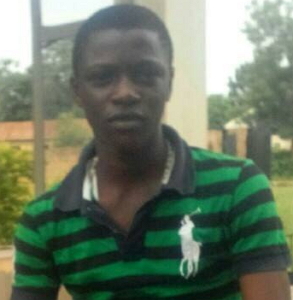 Vincent Uche Mbanefo, an undergraduate of the Anambra State University, Igbariam, was yesterday struck to death by thunder following a heavy downpour.

Mbanefo, a 100-level student of Agriculture Extension, was said to be alone in his Achalla Logde about 5pm when the incident happened.

A student, who pleaded for anonymity, said the deceased was found lifeless with his skin turned to black.

“The news came to us as a shock because the rain was not too heavy to have caused such calamity. It’s really unfortunate that we lost one of us that way,” he lamented.

Police spokesman Mohammed Haruna, who confirmed the incident, said the deceased was rushed to the hospital by policemen attached to Achalla division where he was confirmed dead by a doctor.

According to him, Mbanefo’s parents were contacted and they have conveyed the body to their village in Aguleri for burial.