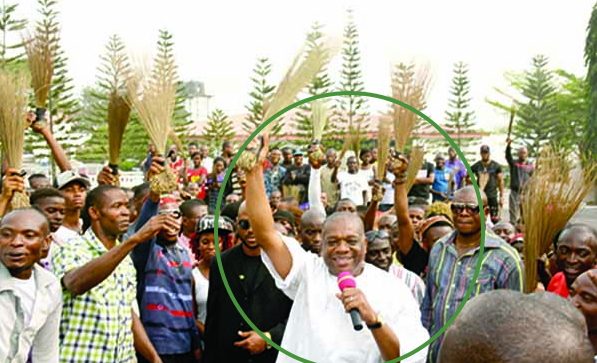 Ex-Abia Governor and billionaire business mogul, Dr Orji Uzor Kalu has urged politicians in the South East to join the All Progressives Congress Party in order to ensure the party wins the 2019 general elections.

Kanu who governed Abia from 1999 to 2007 made the call on Friday at his hometown of Igbere while addressing political associates.

The eminent businessman informed those at the venue of the event that the only party capable of catering for the plight of Ndigbo is the APC party.

He added that the PDP party was in disarray today due to high level of impunity and imposition. He ensured them that APC would not make the same mistake.

He also seized the occasion to debunk insinuation in some quarters that the APC was Hausa party, saying, it was an orchestrated propaganda used by the PDP in the 2015 general elections to deceive Ndigbo. 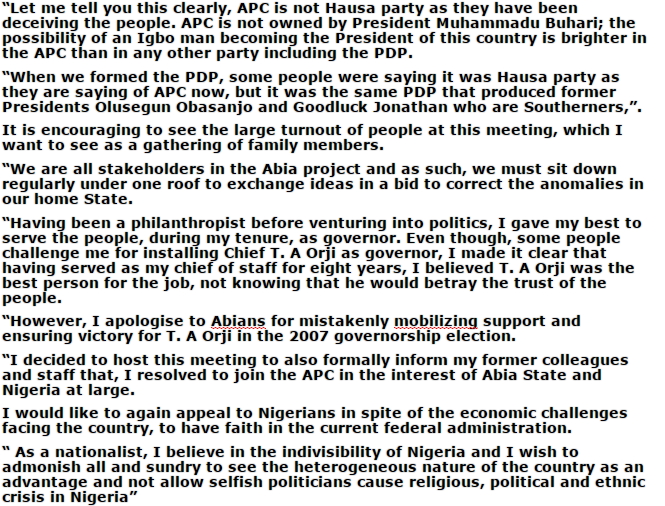